2018 is almost here, and we think we know what’s going to happen.

We know what’s going to happen with travel insurance, thanks to the 2018 version of the award-winning “State of Travel Insurance” report.

And if you have to do an emergency medical evacuation, it’s easier to do (and less expensive) from the heart of Berlin than the heart of the Amazon. Travel and Leisure has its idea of where people are going to be traveling, and so do we. Here’s what State of Travel Insurance research tells us about hot destinations in 2018:

Well, that’s helpful. Of course Americans are heading to Europe; they’ve been doing that since Columbus.

But here’s something you may not know: The types of Americans that are heading to Europe are changing. Older travelers – 55 and up – say they’ll be avoiding Europe in 2018, and younger travelers – those ages 25-34 – are more than picking up the slack. 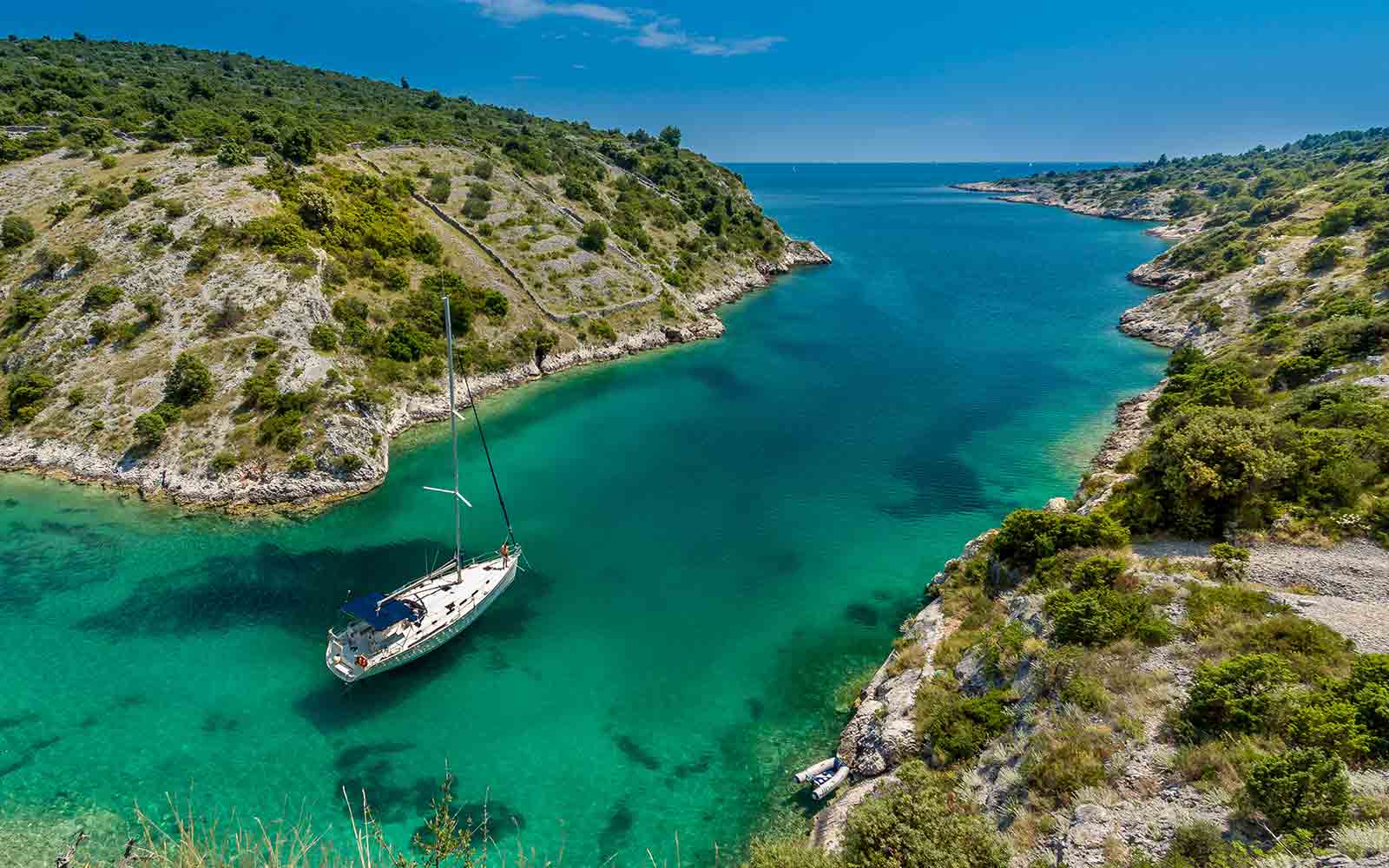 This shift means a shift in demand for many European destinations.

Younger travelers favor warm-weather destinations, ideally those with beaches – the Spanish coast, southern Italy, southern France, Greece, and Croatia – and the World Cup sites in Russia, regardless of whether the United States will be in the tournament.

Older travelers, on the other hand, favor Scandinavia, the Benelux countries (Belgium, Netherlands, and Luxembourg), and Poland, and off-the-beaten path destinations like Moldava and Estonia.

This doesn’t mean that these countries will experience a dropoff in American tourism; it mostly means that younger travelers will make up more of that tourism.

Beyond that, Ireland, Switzerland, Portugal, and – yes – Iceland are where lots of Americans will be heading in 2018, so if you’re for something off the beaten path and, dare we say, more mature, you may have to look a little further afield. Finland and Montenegro, anyone? 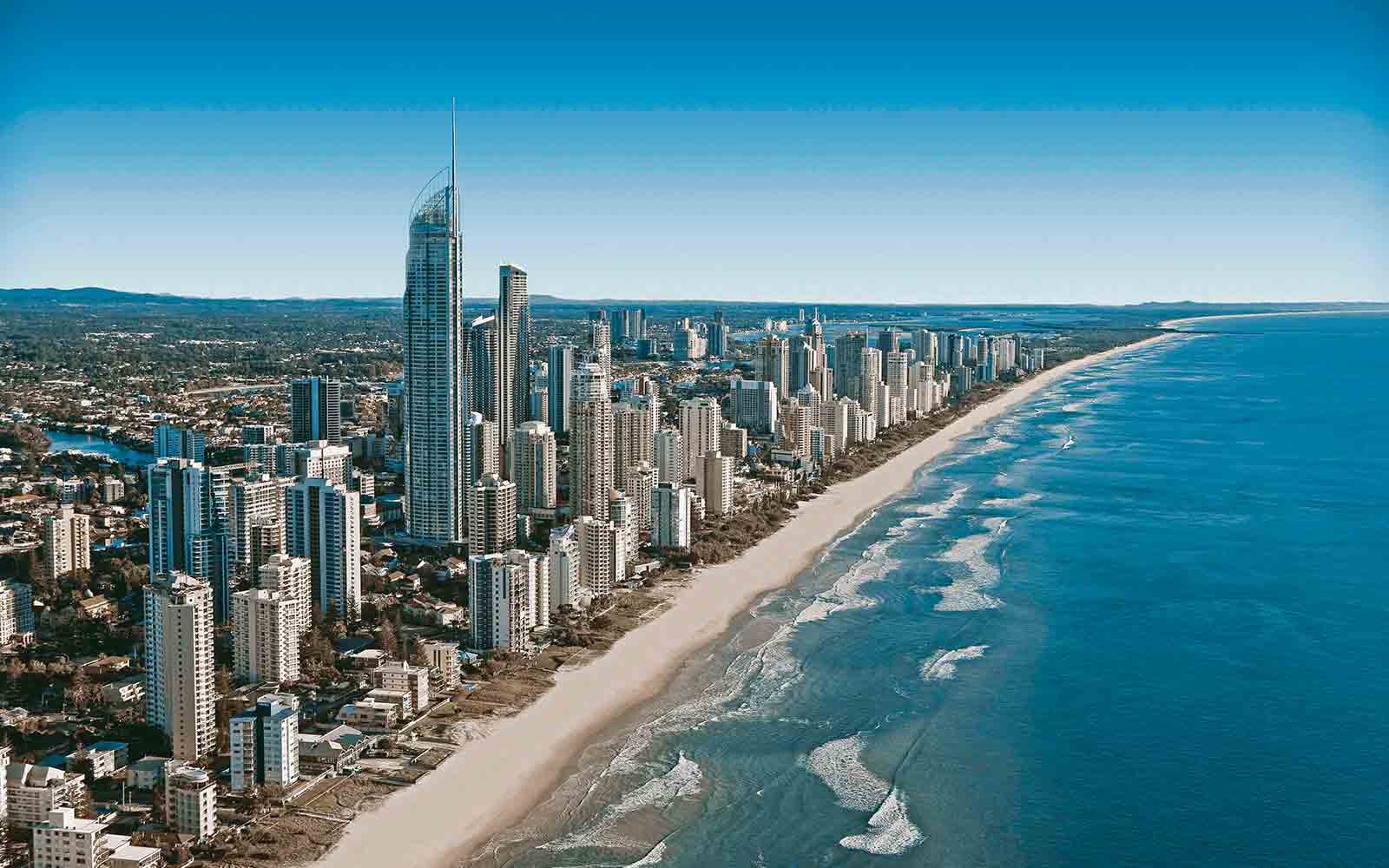 The surveys show it and the experts confirm it: 2018 should be a record-breaking year for American travel to Australia and New Zealand.

The countries have it all: beaches, rainforests, mountains, reefs, wildlife, great food, an abundance of English-speakers (accents notwithstanding), bone-busting sports played in shorts, summer in winter, easy transport, and security.

As travel agent and BHTP blogger Daniela Harrison put it, “Australia and New Zealand have been our absolute biggest sellers. People have done the Caribbean over and over, and they’re looking for a safe place where they can do hiking, kayaking and cultural immersion.”

Also gaining popularity with American tourists: Antarctica. The polar continent is a bucket-list objective of adventuresome travelers of all ages, leading to a spike in popularity for adventure cruises that combine activity and exploration with the relaxation (and luxury, if you’re willing to pay for it) of a cruise.

Beyond those destinations, demand remains steady for the country’s most traditional tourist destinations – Japan, China, Hong Kong, and India – though younger travelers are really interested in Thailand and pre-Bali-volcano Indonesia.

On the other hand, the Winter Olympics in PeyongChang, Korea, aren’t shaping up a big draw for American tourists of any age. Despite easy access and solid infrastructure, most Americans are choosing to watch on TV – from their hotel in Auckland, perhaps. 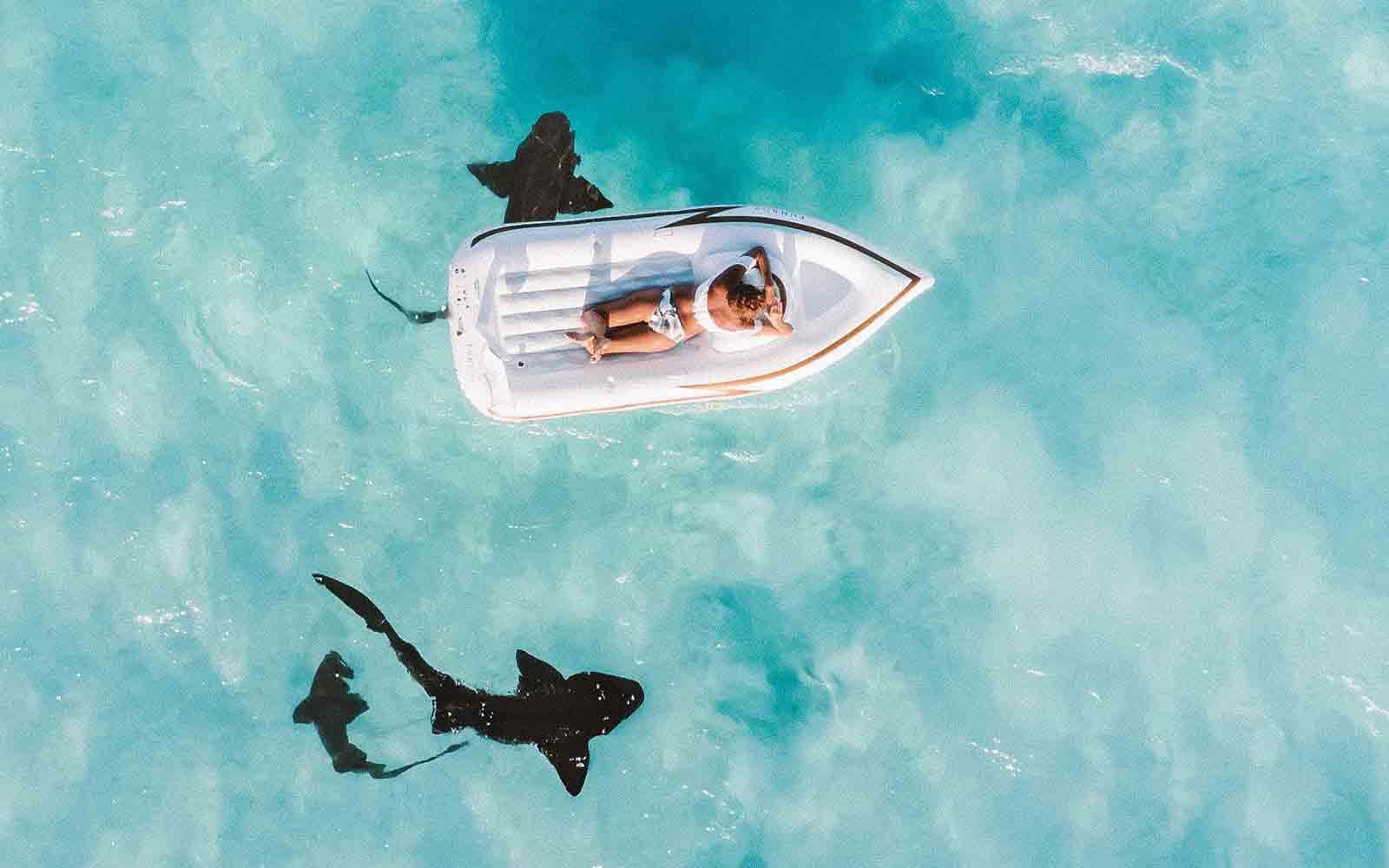 Uncertainty surrounds this destination, through a combination of natural disasters, travel warnings, and negative publicity.

There’s a real difference of opinion on Mexico in particular, with a segment of travelers and travel agents pledging to avoid resort areas and just as many undaunted by the stories.

Beyond that, many of the destinations that survey respondents said they were planning to visit in 2018 were severely damaged by hurricanes that took place after they filled out the survey: the Virgin Islands, Puerto Rico, Barbados, the Dominican Republic, and Anguilla all took shots from the storms, and are in varying stages of recovery.

The more travelers understand about where these destinations are in the recovery process, the better able they’ll be to decide on the best destination for them.

After several tumultuous years politically and otherwise, Brazil appears to be rebounding as a travel destination. It would have to; the country has too much going for it – jungles, culture, food, beaches, night life – to stay in the doldrums for long.

Right behind Brazil is Argentina, buoyed by renewed interest in Buenos Aires and Patagonia, and Peru, which offers a mix of historic sites, culture, and accessible adventure that appeals to younger travelers.

And finally, Ecuador is looking to build destination cred using the Galapagos as a springboard. So far, so good. 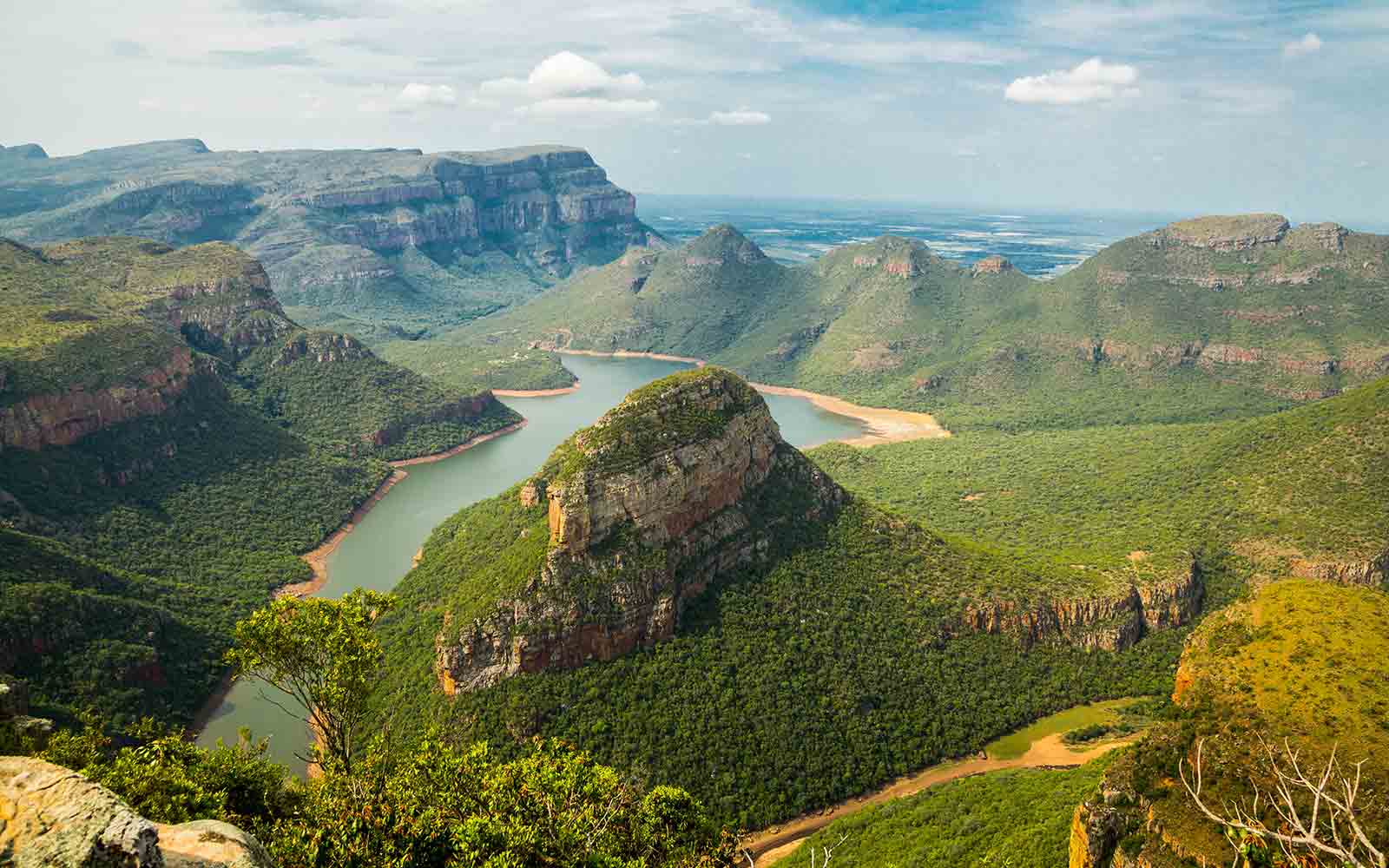 Despite ongoing political issues and a standing travel advisory, Egypt appears to be back on travelers’ radar. The pyramids and other assorted wonders will do that.

Also back on many travelers’ bucket lists: Kenya, which is building out hotels and related infrastructure like crazy, anticipating a large tourist influx.

Beyond that, South Africa is still South Africa, which is to say it’s a hard-to-reach but amazing combination of culture, food and wine, and outdoor adventures. In fact, demand is strong for all of southern Africa … and the live-action Lion King movie doesn’t hit for a year and a half.

When that happens, watch out.

It’s easy to forget that Americans visit America a lot more than any other destination. In 2018, we’ll be bopping all around this great big country in record numbers, encouraged by low gas prices and a comparatively hassle-free travel experience.

Canada will get some of that as well, though the idea of visiting a country in its 151st year of existence isn’t quite as appealing as visiting it in its 150th.

The Canadian dollar will be stronger, too, making it less of a bargain than in past years. And we have poutine now. Still, there’s nothing like Quebec City in the winter, Banff in the summer, or Vancouver all year ‘round.