HOW TO PREVENT SEASICKNESS (AND 19 REMEDIES IF YOU GET IT)

Movement is at the very essence of travel – but what if movement and motion make you sick? It’s essential for travelers to understand how to prevent seasickness and motion sickness – and it’s equally essential to know the best seasickness remedies, from the standard to the unconventional.

“In most cases, the cause of motion sickness is a mismatch between the input from the visual and vestibular, or inner-ear systems,” says Dr. Kellye Knueppel, a developmental optometrist and owner of The Vision Therapy Center based in Brookfield, Wisconsin.

“Both systems give the brain information about whether the person is moving, at what speed and in which direction,” she adds. “When this information is conflicting, the person will likely experience motion sickness.”

In other words, seasickness is the result of the brain receiving confusing signals and not processing them well.

Who’s most vulnerable? According to the National Institutes of Health, women are more susceptible than men. People who are highly sensitive to smells are also vulnerable. 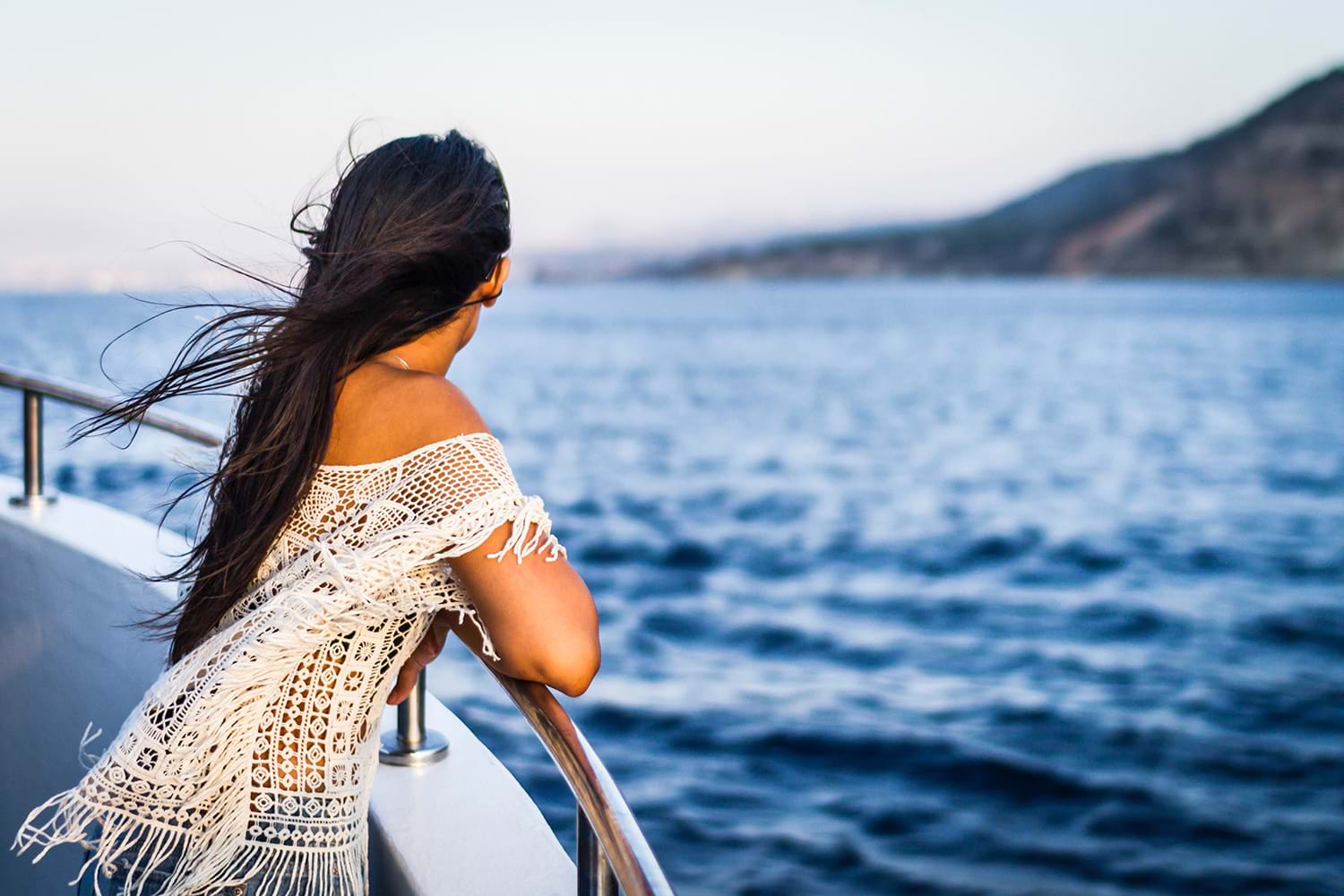 Photo by ben o'bro on Unsplash

WHAT ARE SEASICKNESS SYMPTOMS?

According to Dr. Knueppel, seasickness symptoms may include:

How can you tell if what you’re feeling is seasickness and not food poisoning or the flu? Seasickness is directly tied to motion. If you feel sick when you’re on the boat and fine when you’re off it, you likely have seasickness.

On the other hand, if getting off the boat doesn’t make you feel better, chances are it’s something other than sea or motion sickness. 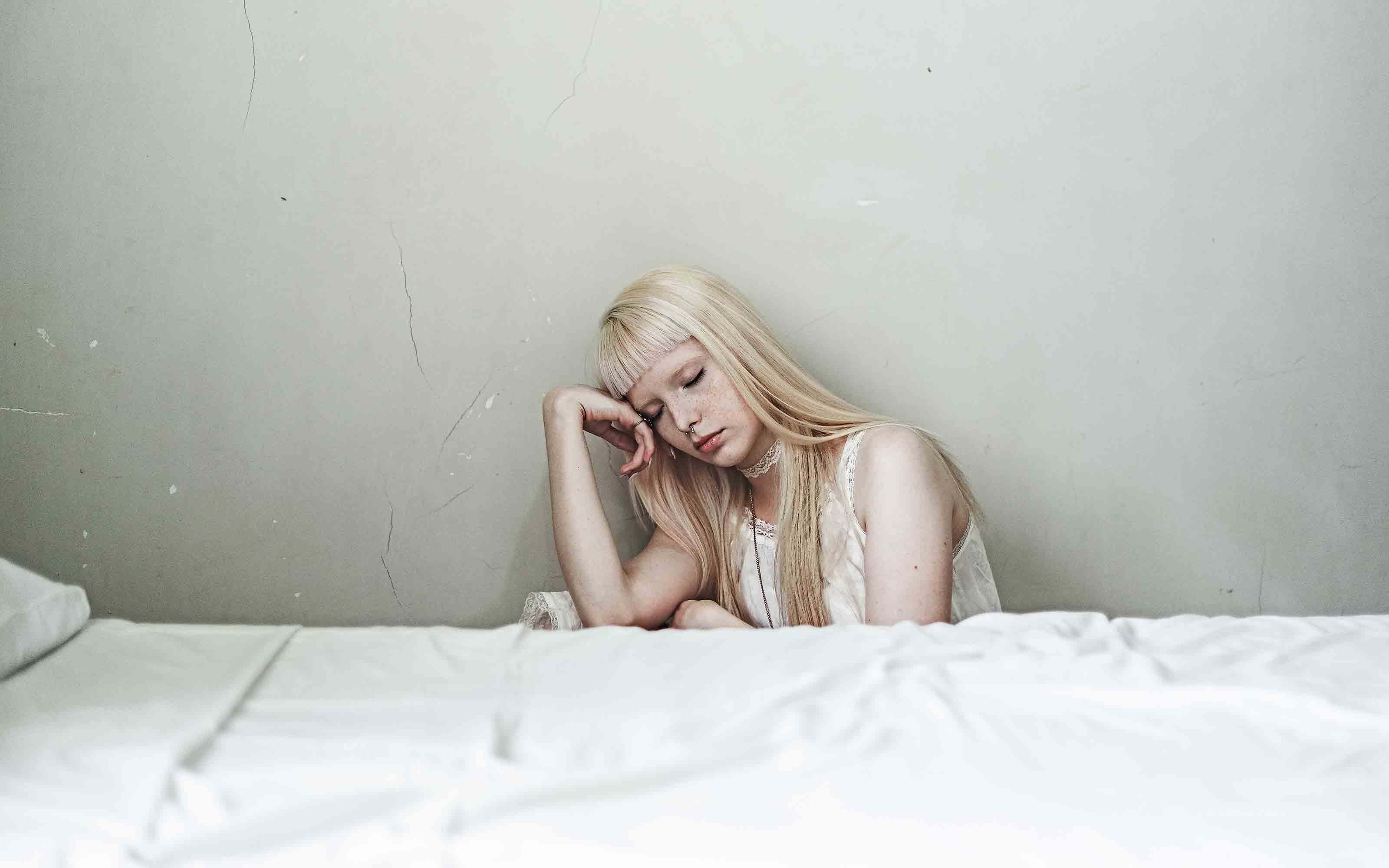 WHAT ARE SOME SEASICKNESS REMEDIES?

There are a number of potential remedies; some can help you while on the boat, while others should be considered if you regularly experience seasickness.

With any seasickness remedy, it’s important to remember what Yachting World Editor Elaine Bunting wrote on the subject: “The problem with seasickness remedies ... is that each person is different in what they can tolerate and what works for them.”

“Try everything,” she concluded, and that’s good advice for you as well.

You’re probably most familiar with an over-the-counter seasickness pill like Dramamine and Bonine. Their active ingredient -- dimenhydrinate -- calms down the brain’s vomiting center and counteracts the chemicals it releases, relieving the nausea of seasickness.

Dramamine and Bonine are antihistamines, and work best if you take them before you get sick. 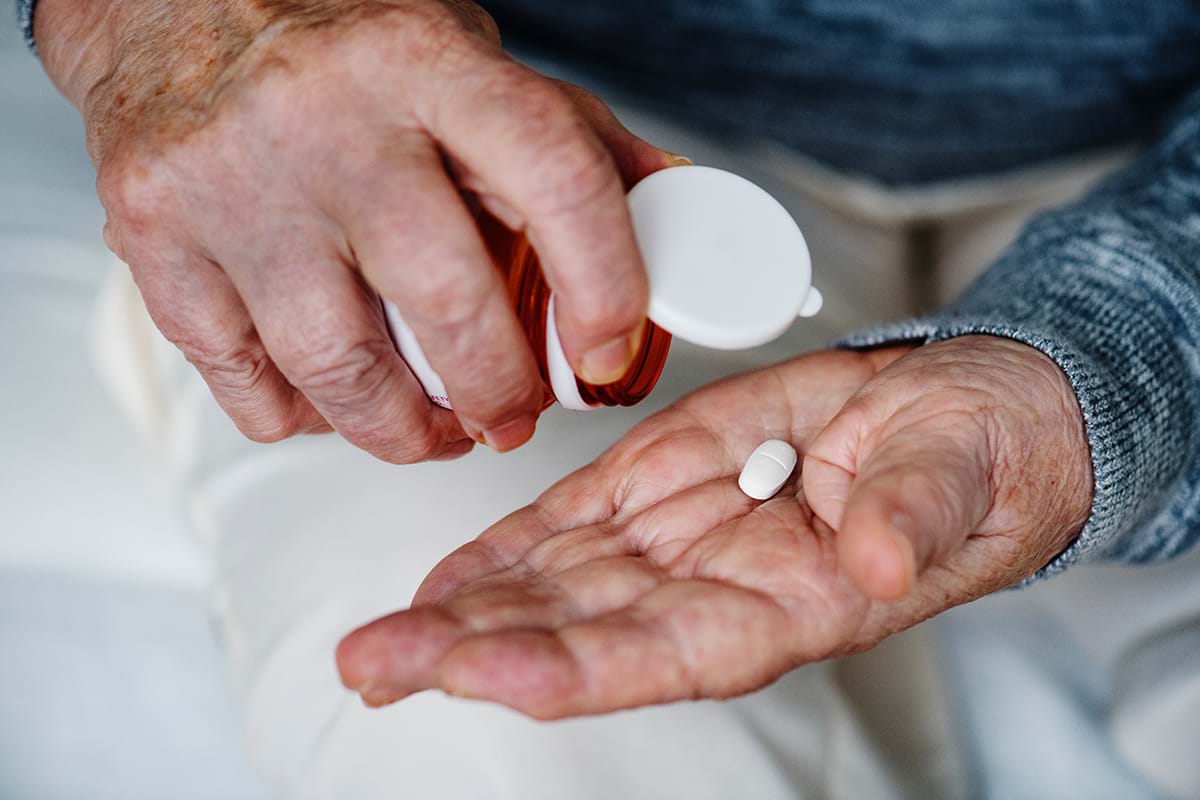 Photo by rawpixel on Unsplash

Seasickness bracelets or bands are actually a form of acupressure; they work on the P6 pressure point on your wrist, about where you’d wear a wristwatch. Supposedly this point ties back to a nerve that triggers nausea.

A survey conducted by Yachting World found differences of opinion among boaters on the bands’ effectiveness, but their adherents swear by them.

Bands can be found in many drugstores, though the more expensive battery-powered versions are best ordered online.

Scopolamine is the most well-known of a different family of seasickness medications. They’re not antihistamines, though they act about the same way as Dramamine and Bonine.

Scopolamine is most often found in patch form. The patches look like little Band-Aids, and contain small amounts of medicine that are absorbed through the skin.

Seasickness patches are most commonly available via a prescription – yet another good reason to see your doctor before you travel.

4. Determine if you have a functional vision problem

There may be a proactive way to address seasickness before you step on the boat.

As Dr. Knueppel pointed out in this post on motion sickness, a person’s visual, auditory and vestibular system must be working in concert.  Vision leads the systems, so detecting and treating a functional vision problem can prevent motion sickness problems.

A developmental optometrist can perform a functional vision exam to determine if you have any issues with eye teaming, eye focusing and/or eye movement. Treatments can include prescription glasses, vision therapy and syntonics. 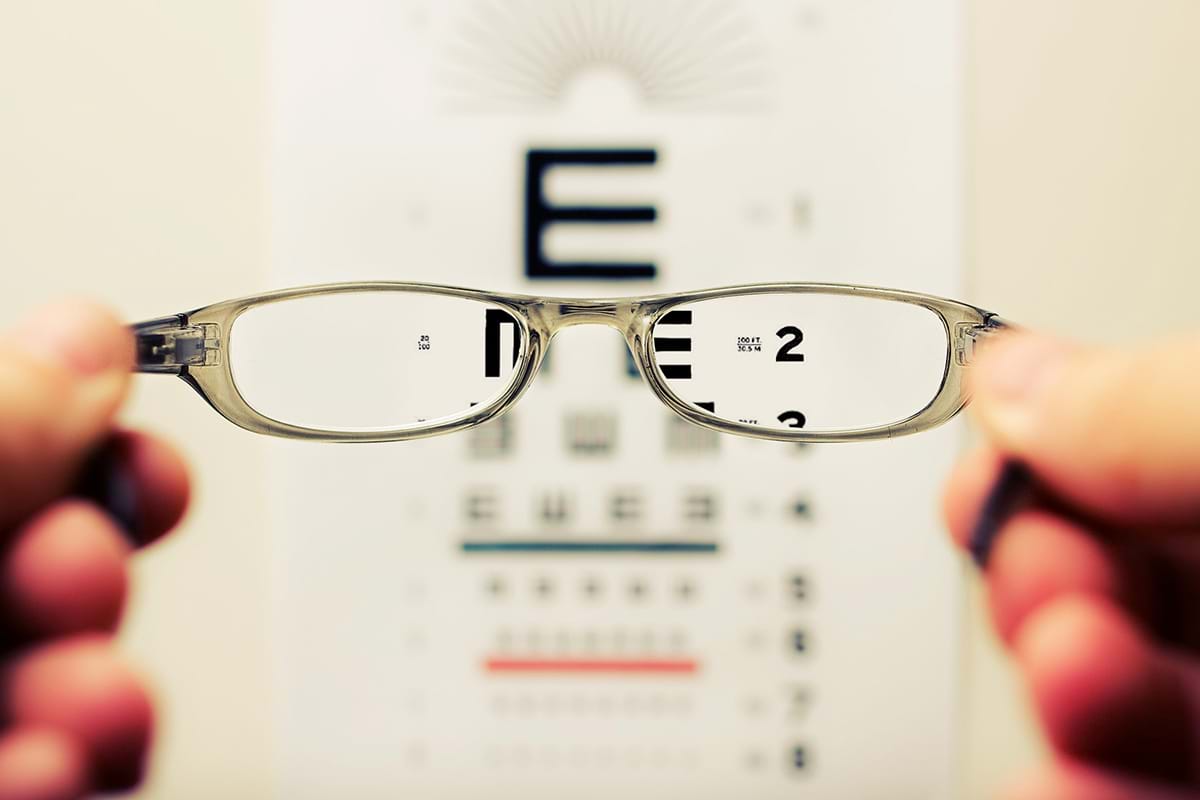 Photo by David Travis on Unsplash

If you’d prefer to not take a medication for seasickness, here are some natural remedies for seasickness that can help make your next cruise nausea-free:

Alcohol adds to the misery of seasickness. Drink plain water to stay hydrated.

GCaptain recommends avoiding high-fat, greasy, and sugary foods, desserts and snacks. While that sounds like the antithesis of the cruise experience, when the ocean starts churning you’ll be glad you haven’t overindulged.

Studies have found that ginger can be more effective than Dramamine in reducing seasickness symptoms. Chew it, suck on it, or dilute it in hot tea. 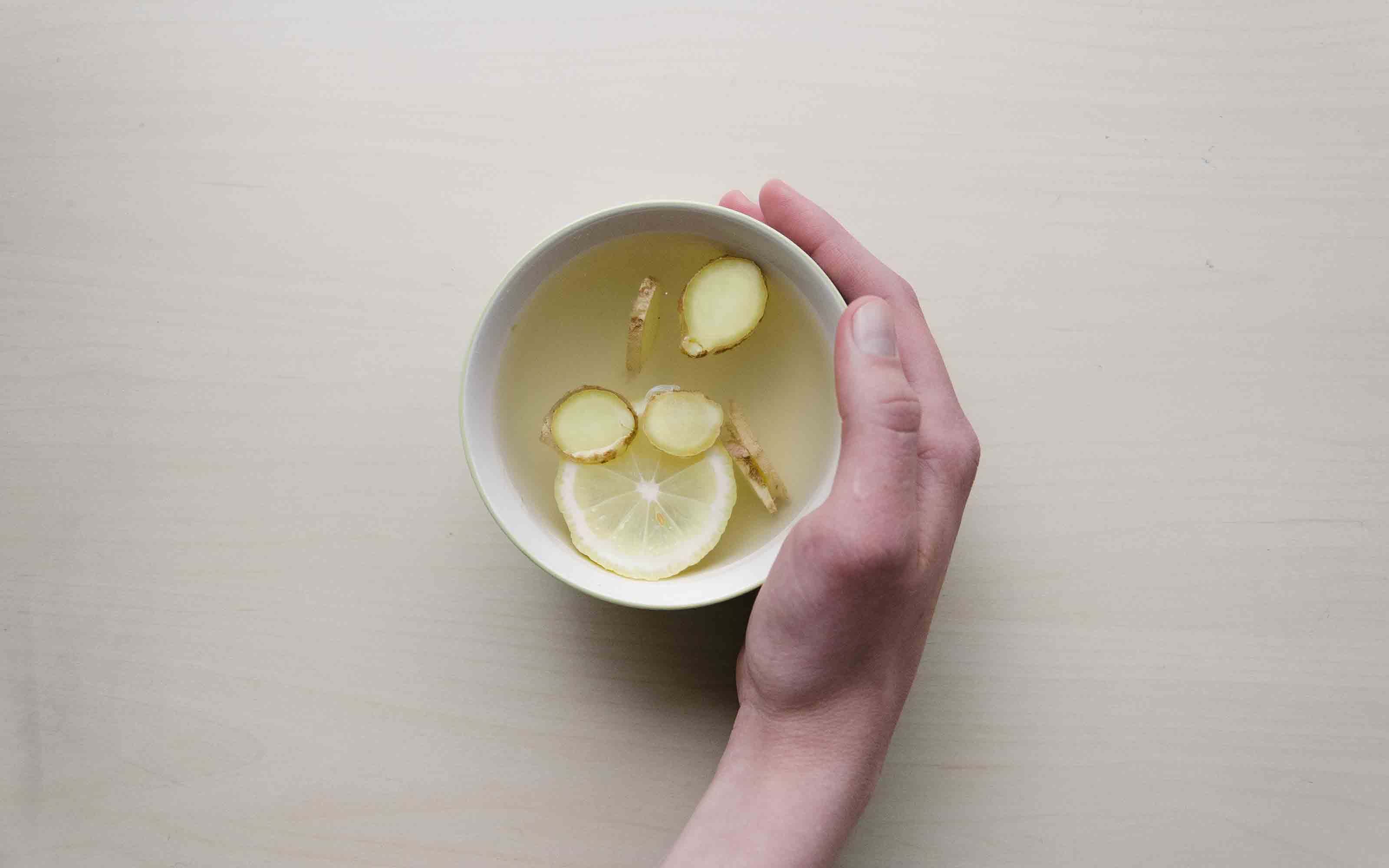 Seriously. SportDiver points out that Coke has phosphoric acid and sugars, the same ingredients you'll find in the over-the-counter anti-nausea drug Emetrol.

Resting is easier said than done on a fun-filled cruise, but the National Institutes of Health have found that sleep deprivation can make motion sickness worse. Especially if high seas are forecast, you need to get your rest.

Avoid tight, stuffy spaces if you’re feeling queasy. Go on deck and find a spot in the middle of the ship to stretch out and get some fresh air. Avoid the bow and stern where there’s more motion.

One sure-fire way to get seasick is by watching other seasick people. Find a quiet place on deck, away from other sick passengers. 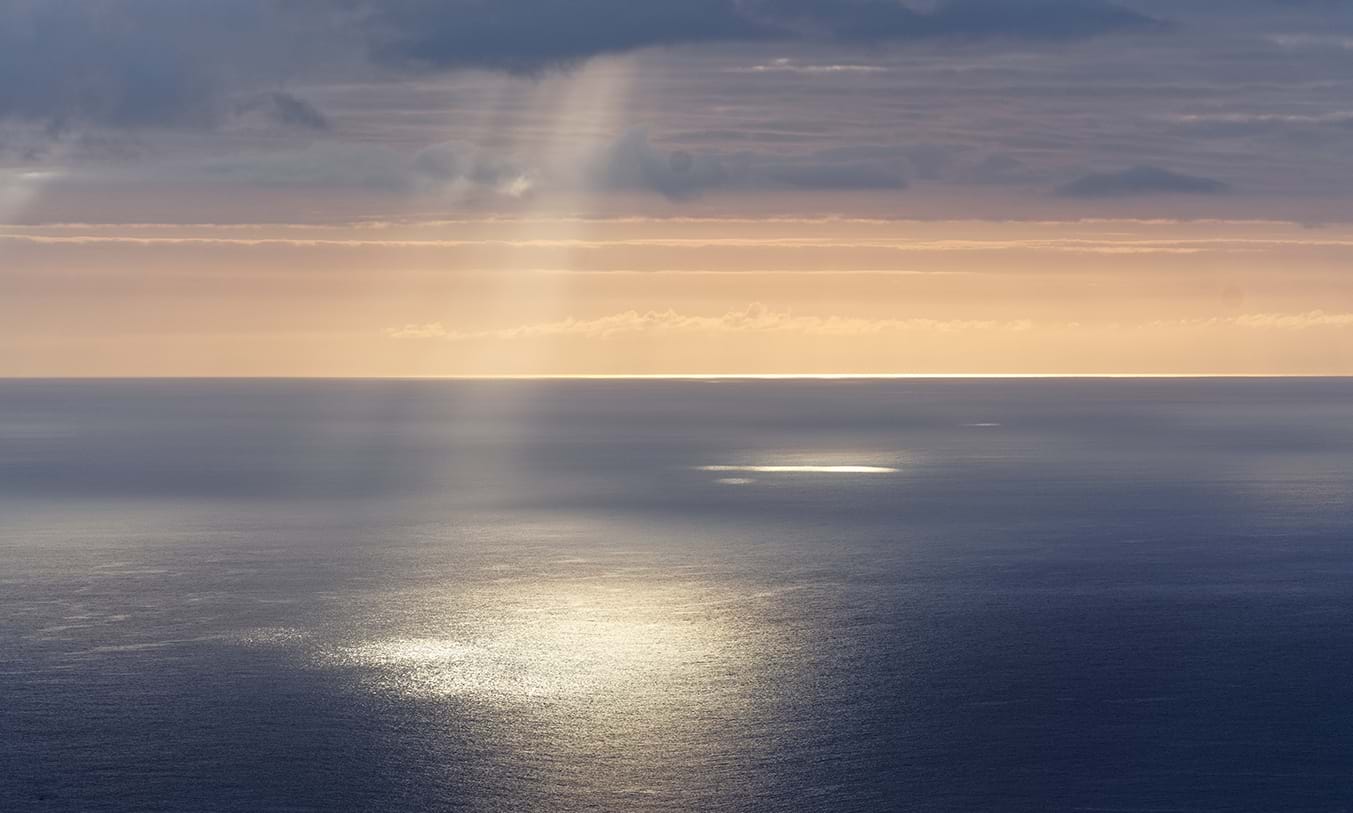 Photo by Colin Watts on Unsplash

12. Keep staring at the horizon

“If you experience seasickness inside a boat, it’s because the vestibular system feels you’re moving, but you have reduced visual input,” Dr. Knueppel says. “When you step onto the deck, look to the horizon.The horizon’s stability can help rectify the mismatch.” However, Dr. Knueppel adds this may not work well if it’s cloudy or stormy, or if the waves are choppy.

Don’t sit or slouch in a chair. German researchers have found that lying down can prevent histamine from reaching the brain, and consequently, can reduce nausea.

Scientific American notes that reading encourages motion sickness. If you can’t give it up, try using your peripheral vision to be aware of the horizon while you read. You need to balance what you’re reading on the page with what’s going on around you. 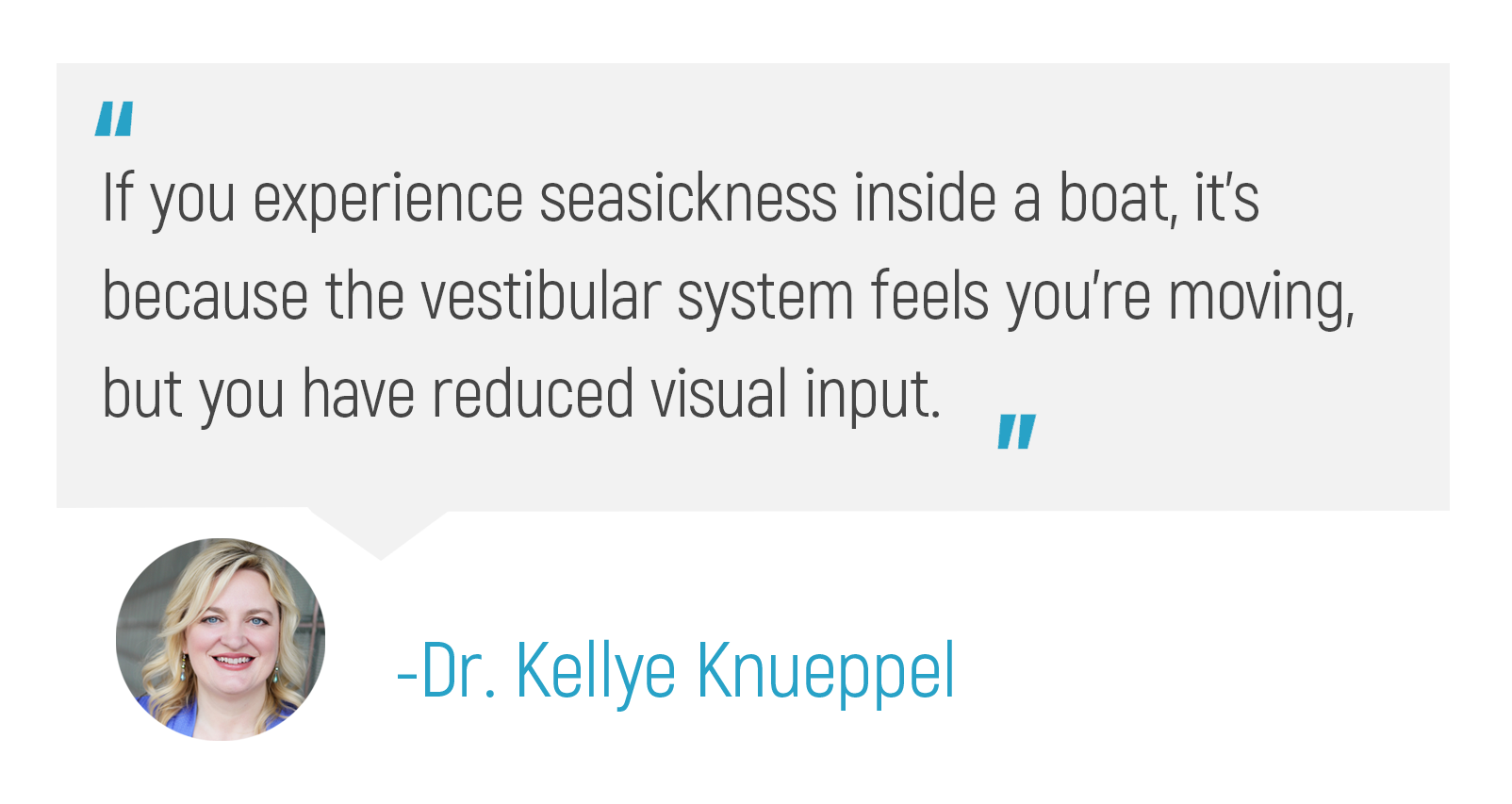 This made the short list of seasickness remedies in the Yachting World survey. Practice controlled breathing to prevent hyperventilating.

The powerful Caribbean sun can quickly dehydrate you – and dehydration is one of the quickest pathways to seasickness. Wear a large, floppy hat, drink plenty of (non-alcoholic) fluids, and take regular shade breaks.

Professional mariners tell themselves over and over they aren’t going to get seasick, and it purportedly works. It’s the easiest remedy there is, so what have you got to lose? 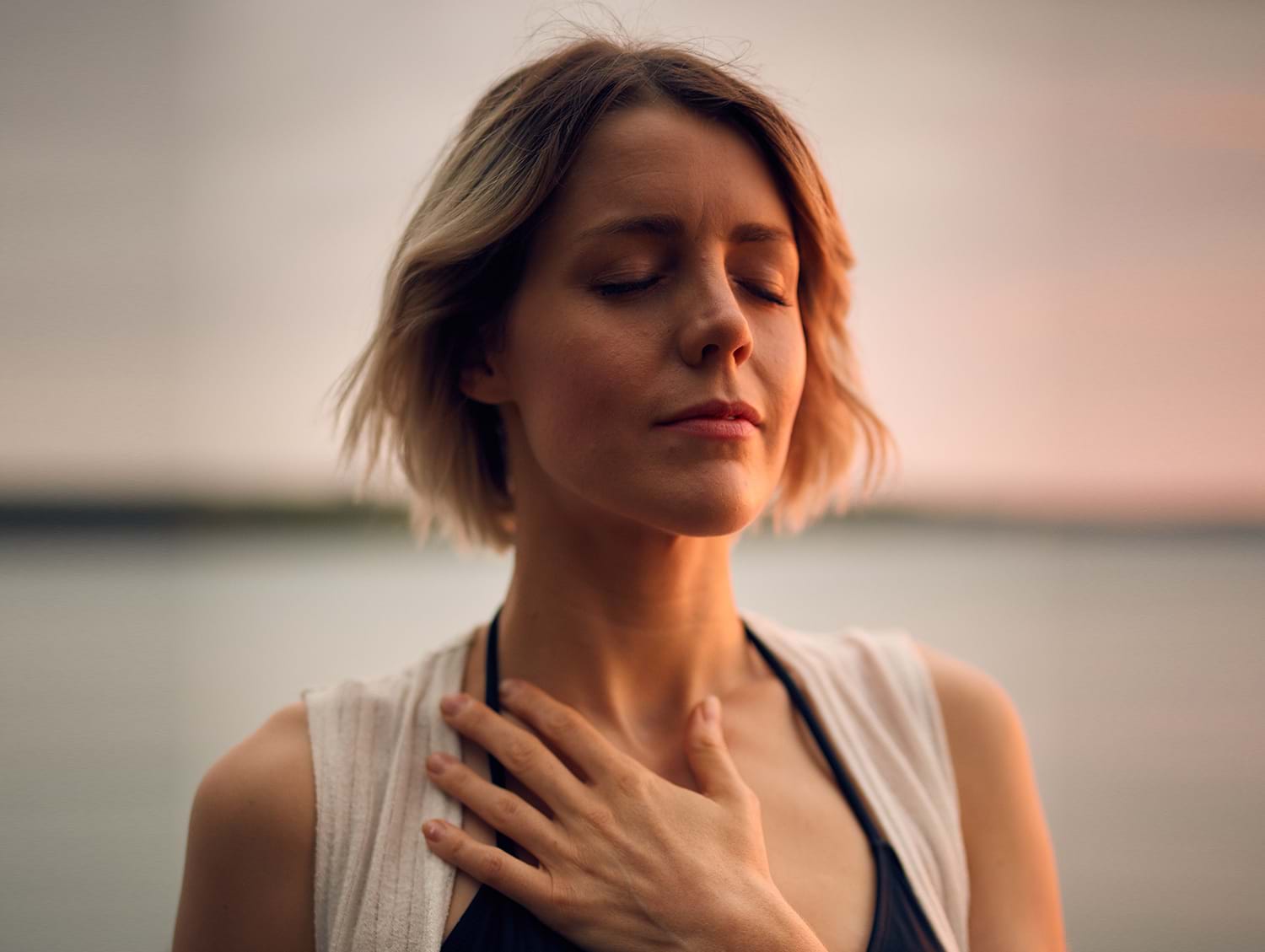 Photo by Darius Bashar on Unsplash

18. Try gimmicks – because sometimes they work

Travel expert Sharyn Alden, who has contributed to many of our blog posts in the past, has been felled by seasickness many times. Here are some off-the-wall suggestions made to her on how to stop seasickness that actually worked:

19. Watch where you cruise

The Atlantic Ocean is choppier than the Pacific or the Caribbean, larger ships are more stable than smaller ones, and new ships have advanced stabilization technology that many older ships don’t.

If you’re really concerned about getting seasick on a cruise, investigate the age and size of your ship, and stick with Pacific or Caribbean itineraries. 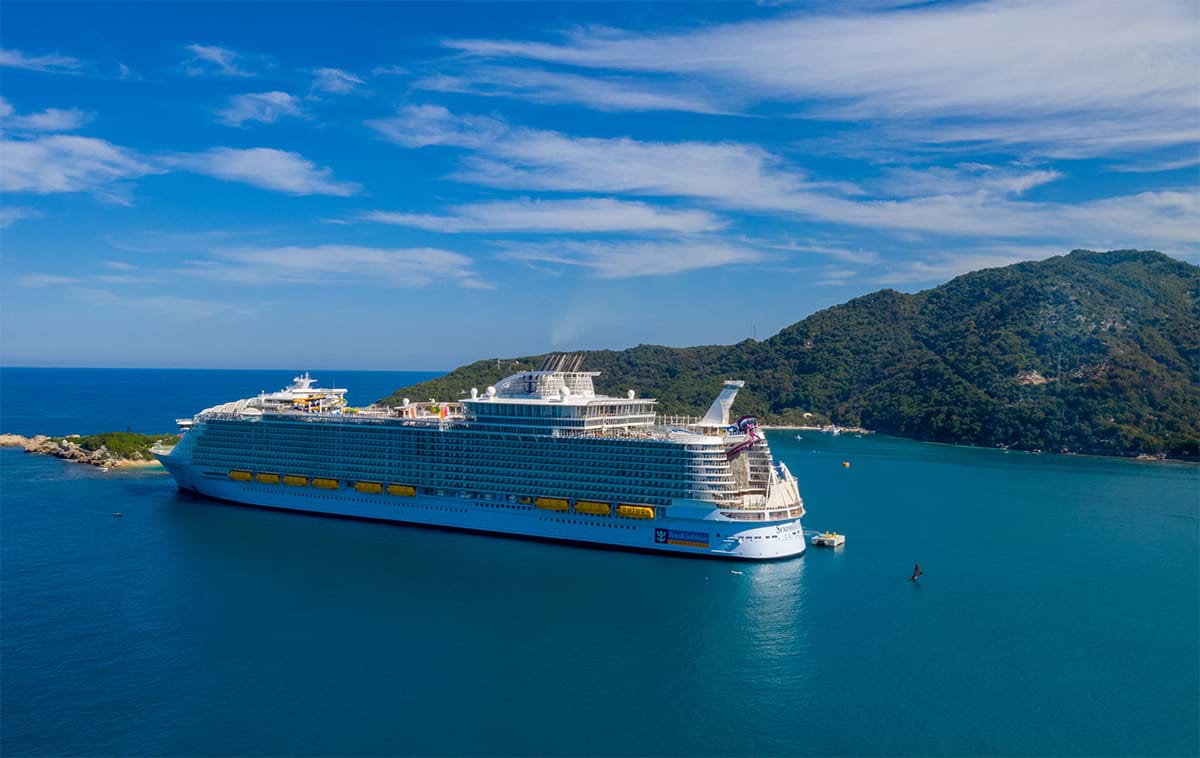 Photo by Fernando Jorge on Unsplash

HOW DO YOU GET RID OF SEASICKNESS ONCE YOU HAVE IT?

What do you do if you get seasick, despite all your best efforts?

Give in to your urges

Sometimes the best thing for seasickness is to be seasick. If you feel like throwing up, throw up. You will almost certainly feel better afterwards.

Find your optimum location to get sick

Don’t go inside if you feel like you’re going to be sick. Go to the lee side of the ship, hang over the rail, and do what you have to do.

Not sure where to go? Ask a crew member. They’ve had all sorts of experience with this; they’ll tell you the best location.

Seasickness happens to lots of people. You’re not the first and won’t be the last.

HOW LONG DOES SEASICKNESS LAST?

You won’t need to use your travel health insurance if you're feeling queasy after a big meal onboard, but if your queasiness turns into something worse, travel medical insurance with emergency medical evacuation can be a literal lifesaver.