Image by Walkerssk from Pixabay

Given Paris’ long history as a terrorist target as well as a place where free speech can be carried to extremes, some people may be wondering if it’s safe to travel to Paris.

Fortunately, with just a little common sense, Paris can be a destination that’s as safe for travelers as it is magical.

2022 Update: The pandemic has upended travel to France, though the country is currently open to American tourists who can produce proof of vaccination and a recent negative COVID test. Because of the latest round of variants, the State Department has given France a level-4 (do not travel) rating. 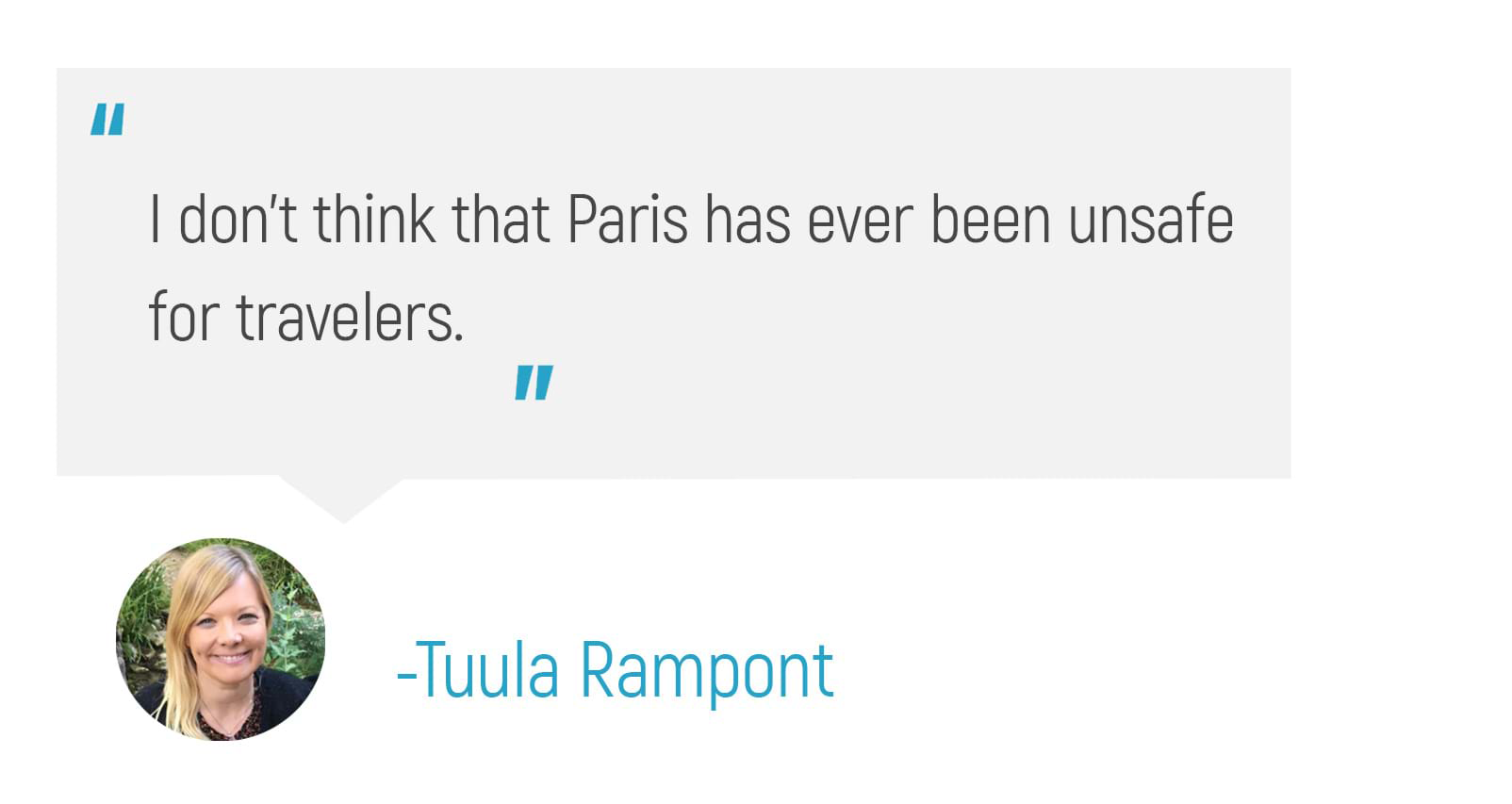 PARIS IS SAFE, KIND, AND INCLUSIVE

“I don’t think that Paris has ever been unsafe for travelers,”  says Tuula Rampont of the popular blog Belle Provence Travels. “But with that said, Paris has indeed become safer for travelers.”

“France has beefed up security in all major cities,” she adds. “When you travel through the airports, train stations, and the Paris metro, you will see increased police and security presence.”

In addition to security measures, according to Rampont, “the tourism board works hard to ensure that the city has a positive image.”

She cited a “kindness campaign” launched to convince the notoriously stuffy Parisians to be more welcoming to visitors.

Other initiatives have focused on making the city more inclusive to people of all faiths, as well as LGBTQ+ travelers. 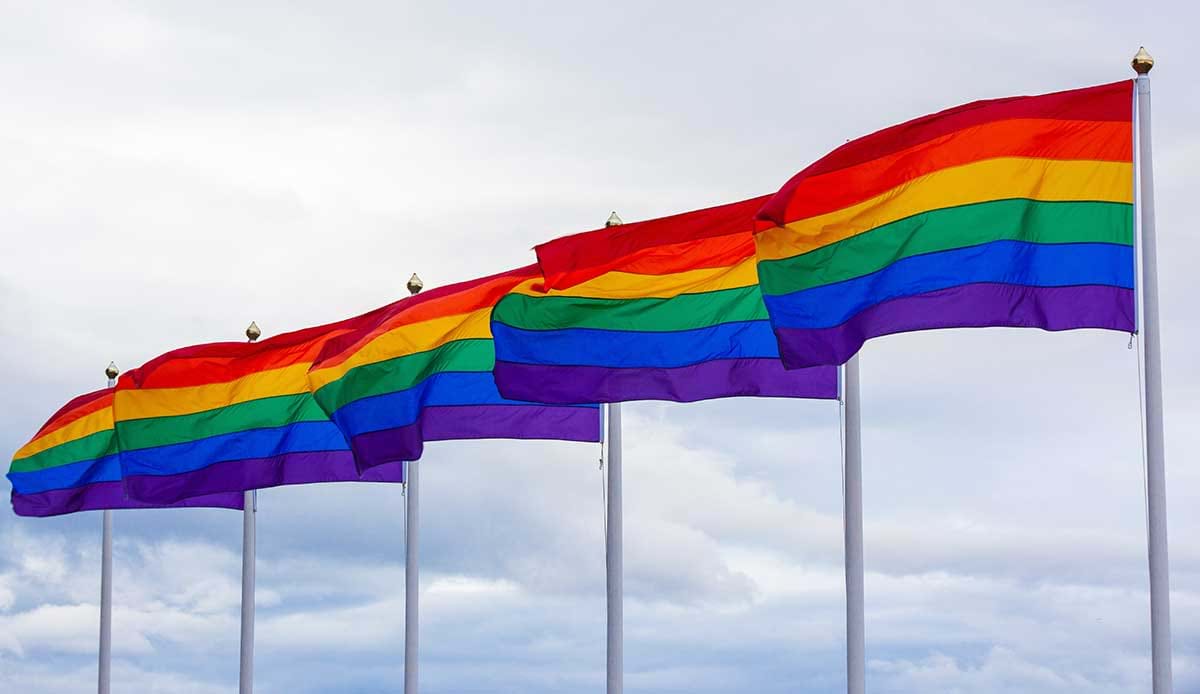 Photo by Jasmin Sessler on Unsplash

Despite its reputation for inclusivity, Paris is a city where emotions can run high – and sometimes those emotions spill out onto the streets.

The Yellow Vest economic-equality protests are just one example of Parisians taking to the streets to make their feelings clearly known.

However, as Rampont notes, “France is a very pacifist country, and any kind of violence – during protests or otherwise – is quite rare. If you come upon a protest, just let them go about their business. They’re more concerned with getting the government’s attention than anything else.”

However, because of the possibility of terrorist attacks and violent demonstrations, the State Department recommends that official U.S. government travelers not visit Paris on the weekends. 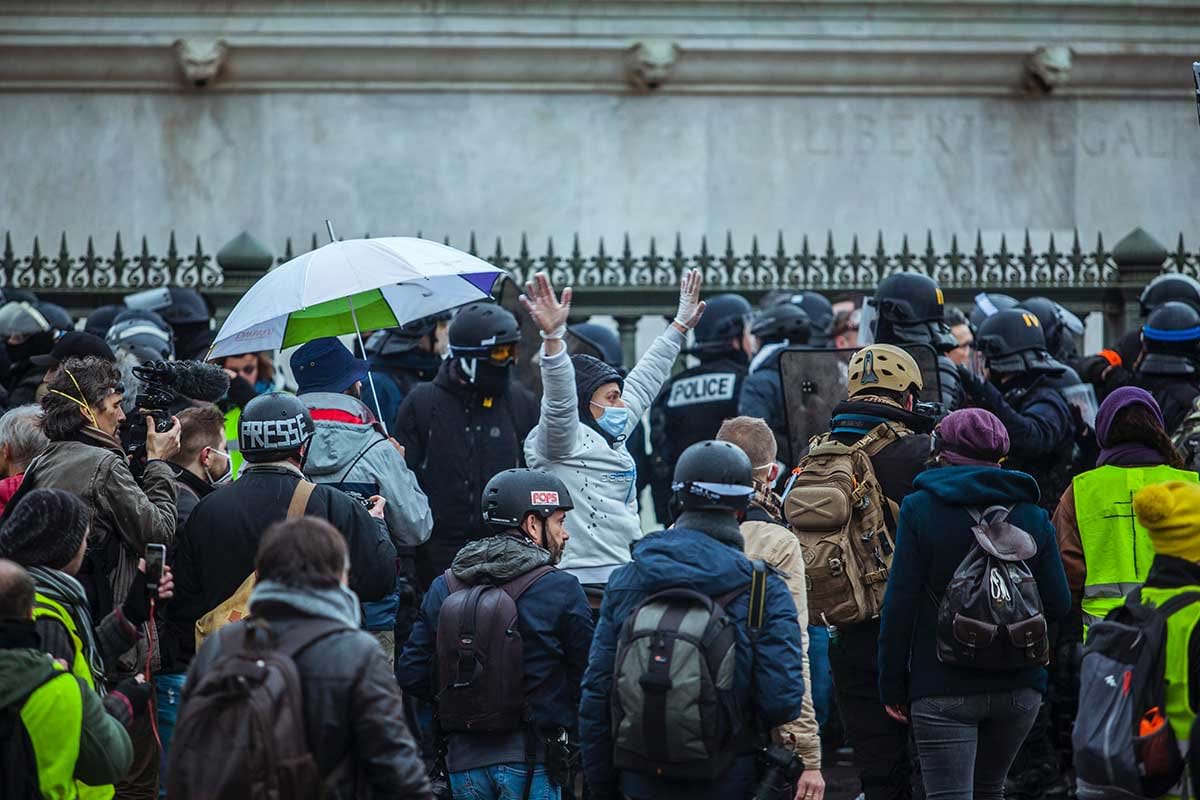 Photo by Norbu Gyachung on Unsplash

SEEING PARIS SAFELY – ANY DAY OF THE WEEK

Not visit Paris on a summer weekend? There must be another way.

Rampont suggests you follow some simple steps so you can safely visit Paris on the weekend – or any other day of the week:

Be aware of your surroundings and know where you’re going.

While Emilie Thyebaut of the French tour operator France Just For You recommends that you visit downtown neighborhoods that are away from the tourist circuit to get a feel for the “real” Paris, it’s a good idea to have an itinerary for the day.

Map out your metro stops and public transportation routes. Be aware of large crowds and cramped spaces on the metro where pickpockets can operate – and if there’s a soccer match when you’re visiting, steer clear of the drunken fans. 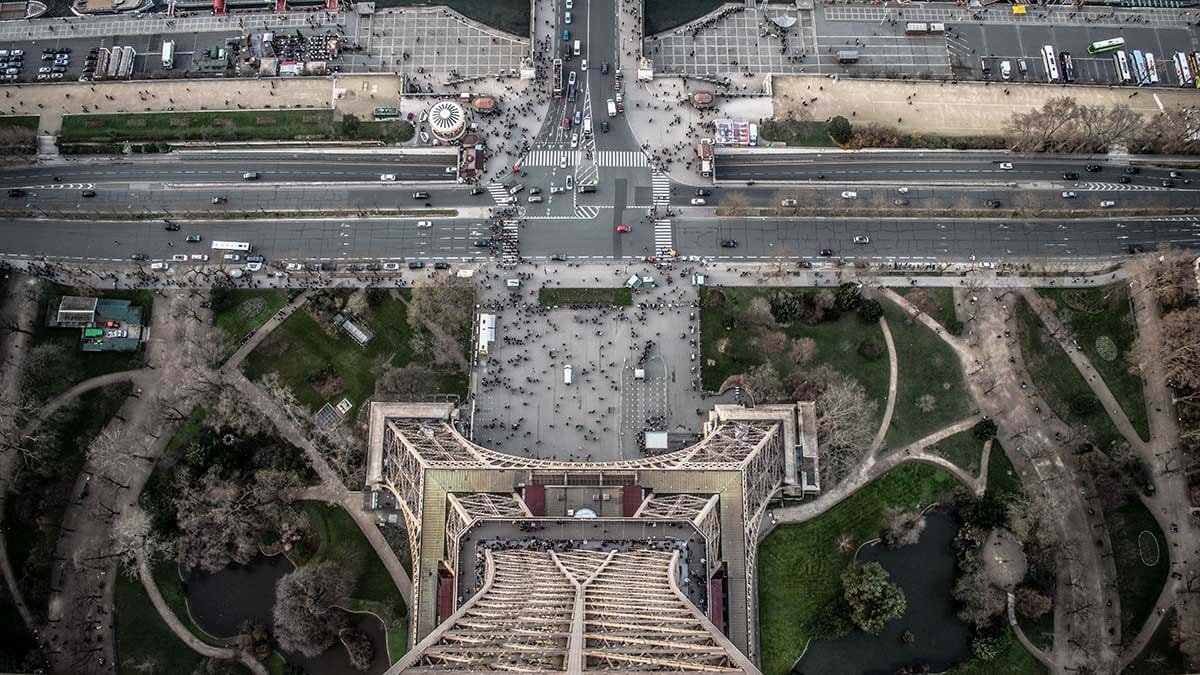 Photo by Chris Karidis on Unsplash

Stay in a good area of the city.

Whether staying in a hotel or a homeshare, stay in “well-heeled” areas of the city if you plan to venture out at night. You’ll pay a bit more, but the experience, and the level of safety, will be much better.

Boutique hotels are a good option in general. As Thyebaut says, “In a boutique hotel, travelers meet a local person who can make recommendations about where to eat, places to visit, and help you to get last-minute tickets or call a taxi when needed.”

Do your research in a guidebook or online before choosing your lodgings. Read reviews and map locations.

Your experience and impressions of Paris will be largely shaped by the area where you stay. Get it right and you’ll love Paris forever. 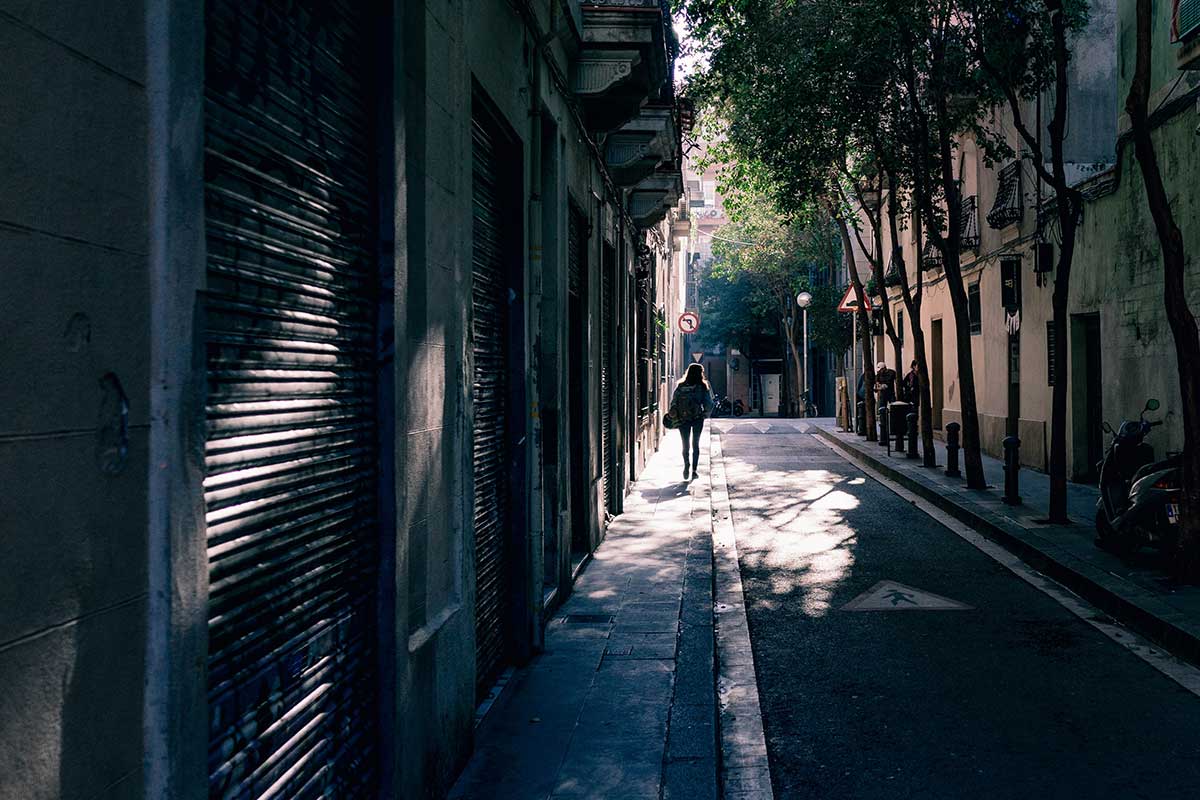 Photo by Fancycrave.com from Pexels

If you’re a female or solo traveler, take extra precautions.

For female travelers, it’s extra important to stay in the nicer areas of town, especially if you plan on going out in the evening.

In general, according to Rampont, “Being alone and female at night is no cause for concern. You’ll see many local women on their own coming home from work or on their way to dinner dates or to meet friends.”

On the other hand, she says, “I wouldn’t recommend taking the metro late in the evening or walking alone late at night in ‘questionable’ neighborhoods  like the red-light district near Montmartre.”

Walking is also not recommended outside the ring of roads that defines central Paris, or in the city’s northern suburbs, but these districts are generally far outside of the normal tourist’s travel patterns.

As in any other large city, in Paris it’s advisable to stay in well-lit areas when walking alone. Also, women should avoid smiling at or making prolonged eye contact with men they don’t know. This can be misinterpreted as an advance.

Finally, female travelers should know that groping and other forms of sexual harassment are not uncommon on the metro. 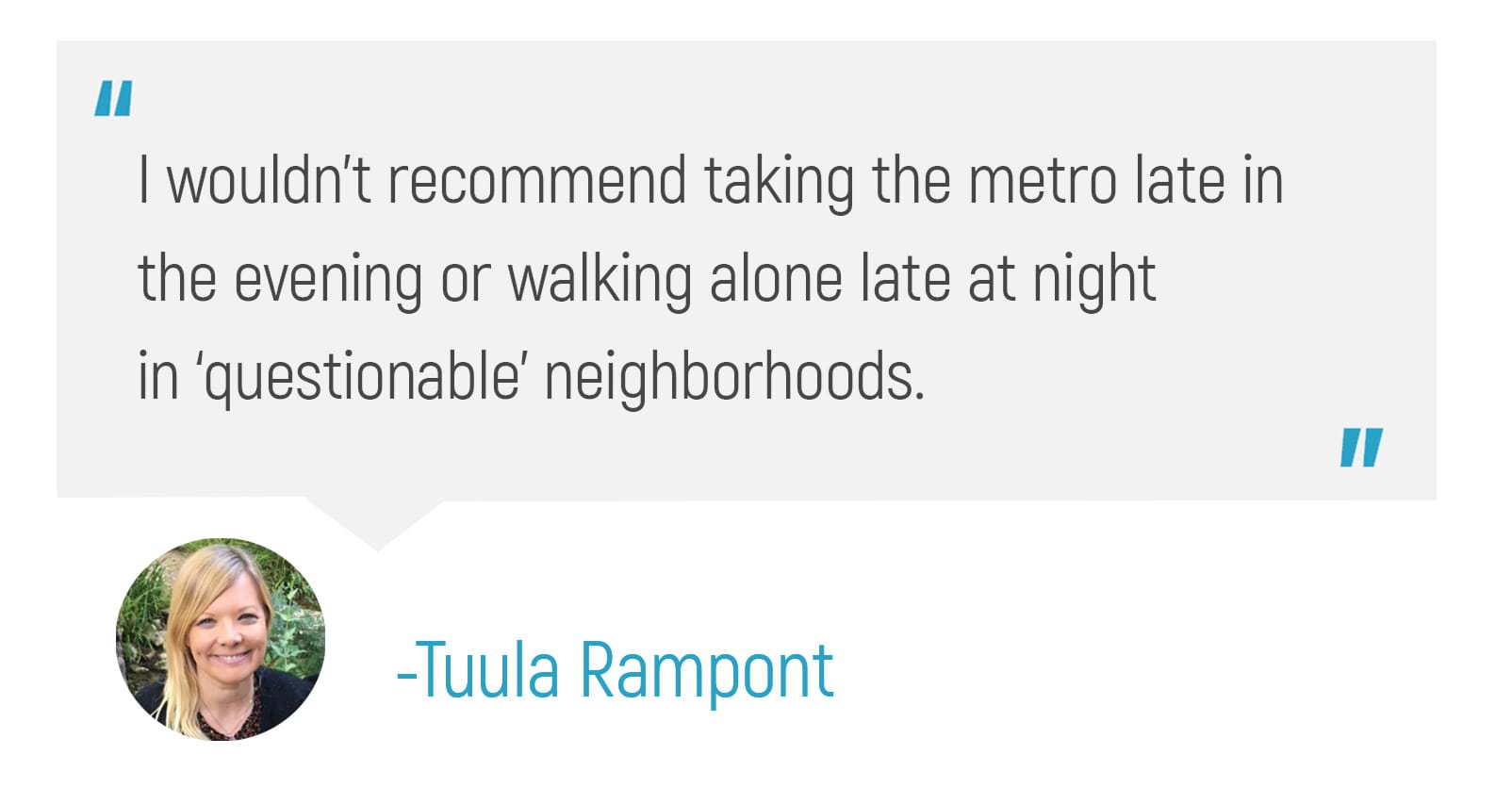 KEEP A HANDLE ON YOUR VALUABLES

Pickpockets are fairly common in Paris, especially in areas that draw crowds of tourists. Scam artists frequent many of the same areas.

In general, according to Thyebaut:

Rampont recommends you keep your wallet or purse close to you at all times. A money belt or pouch, or aggressively secured clothing like that offered by Clothing Arts, is also worth considering.

“Luckily,” as Rampont says, “in many crowded areas of Paris, you’ll also see a lot of police presence.”

Also, never leave your bags or valuables unattended in public places. In addition to being a theft risk, security officials may consider them a threat and destroy them. 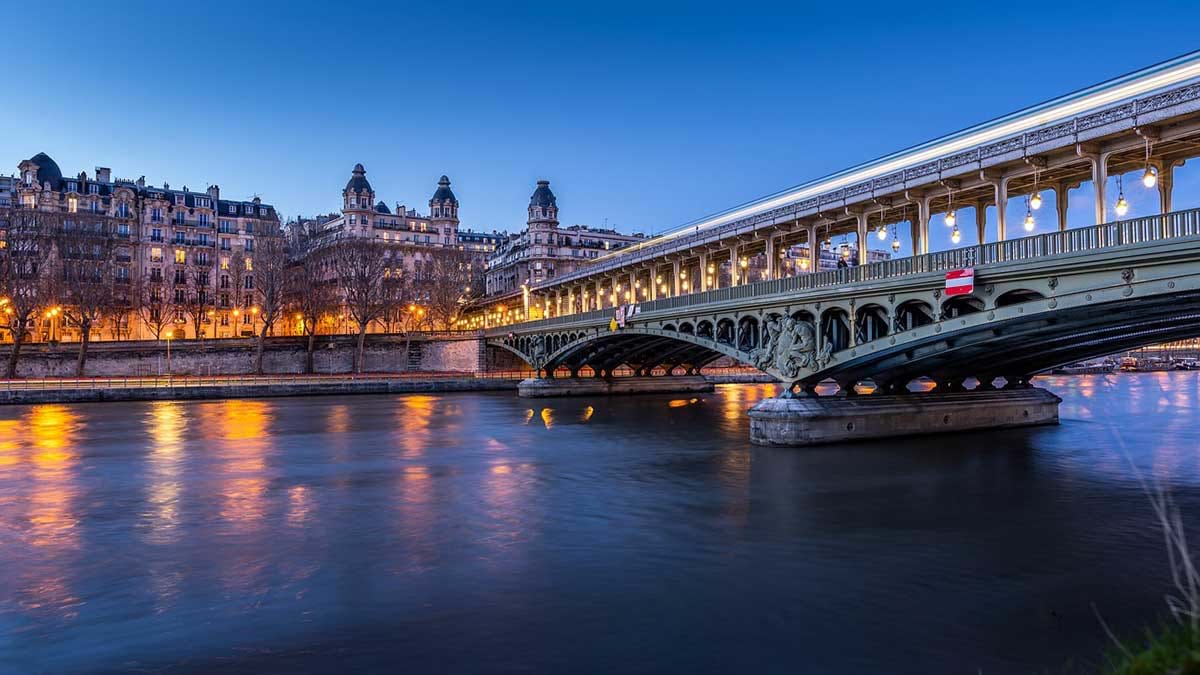 Image by Pierre Blaché from Pixabay

Speak a little French – and blend in in general.

“If you make an effort to speak a little French – even the most basic phrases – this will go a long way in Paris,” Thyebaut says. “It will help you break the ice and interact with the locals, many of whom will be happy to switch to English if they are able to.”

In addition, Thyebaut recommends you “try to act like locals as far as possible and don’t speak loudly in a foreign language, as this could make you a target for pickpockets.”

Travel insurance is essential for any trip to Paris – and Berkshire Hathaway Travel Protection has you covered. Learn more about our travel insurance. 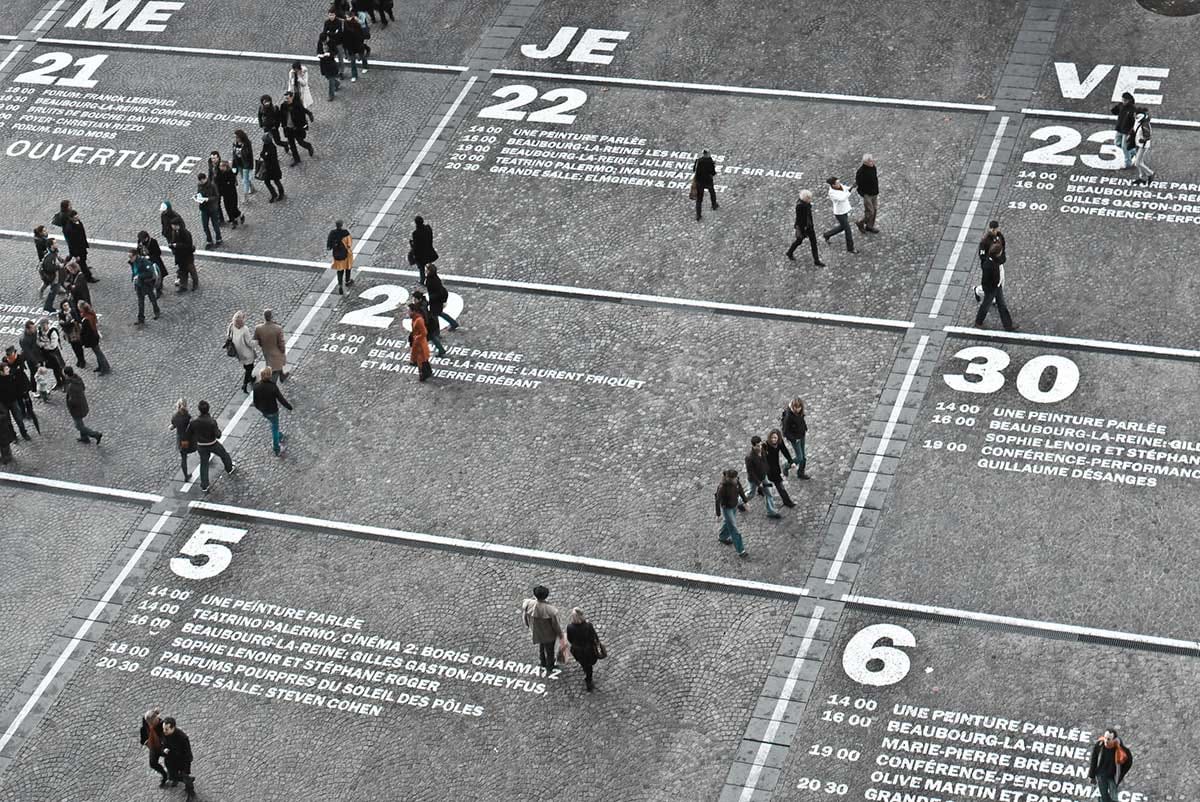 Photo by Curtis MacNewton on Unsplash

GETTING AROUND PARIS SAFELY

Paris offers many great ways to get around – and many ways to do it safely. In particular:

Paris is a walking city, and strolling around is a characteristic Parisian experience. Just be aware of crowds in front of major tourist attractions where pickpockets and scam artists can operate.

“Two good points to know,” Rampont says: “The French drive a lot faster on surface streets than we do, and there are many roundabout intersections all over the city.”

Given that, and the fact that public transport is so good, you may want to reconsider driving in Paris and leave it to the experts – or the Parisians.

The Paris metro is one of the world’s best mass-transit systems. But you need to know how to navigate it.

“I always carry a metro map with me and plot out my destination before I set foot in the station,” Rampont says. “You can buy tiny, foldout maps at any large-ish bookstore in the States and also in Paris. If you need to consult your map, it’s easy to have it on hand.” 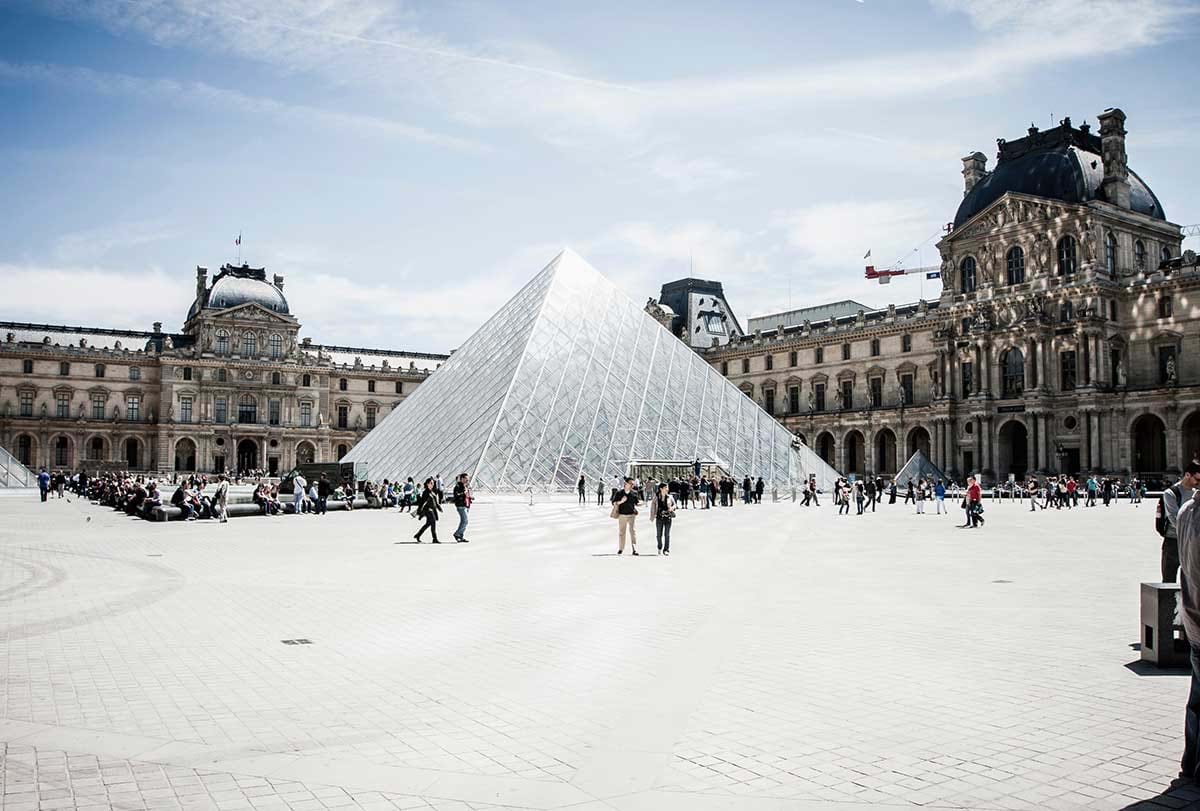 Photo by Stacy Wyss on Unsplash

“Honestly, the No. 1 recommendation is not to worry too much about safety in Paris,” Rampont says. “As world capitals go, it’s a very safe city, and I’ve never thought twice about traveling there. Follow the normal tips you would when traveling in any big city and you’ll be just fine.”

Of course, the bonus for traveling safely in Paris is that you’re in Paris, and Paris is … magic.

“As the famous saying goes, ‘Paris is always a good idea,’”  Rampont concludes. “The city never gets old. Once you’ve discovered the museums and world-class monuments, you have a wealth of culture to explore.

“The little corner bistros, the food halls at the glitzy Parisian department stores like Galeries Lafayette, and the cozy neighborhoods like Rue Cler which are like little villages within the greater city: Paris has layers and layers of richness for every traveler.”

And if that doesn’t make you want to visit Paris right now, check your pulse.