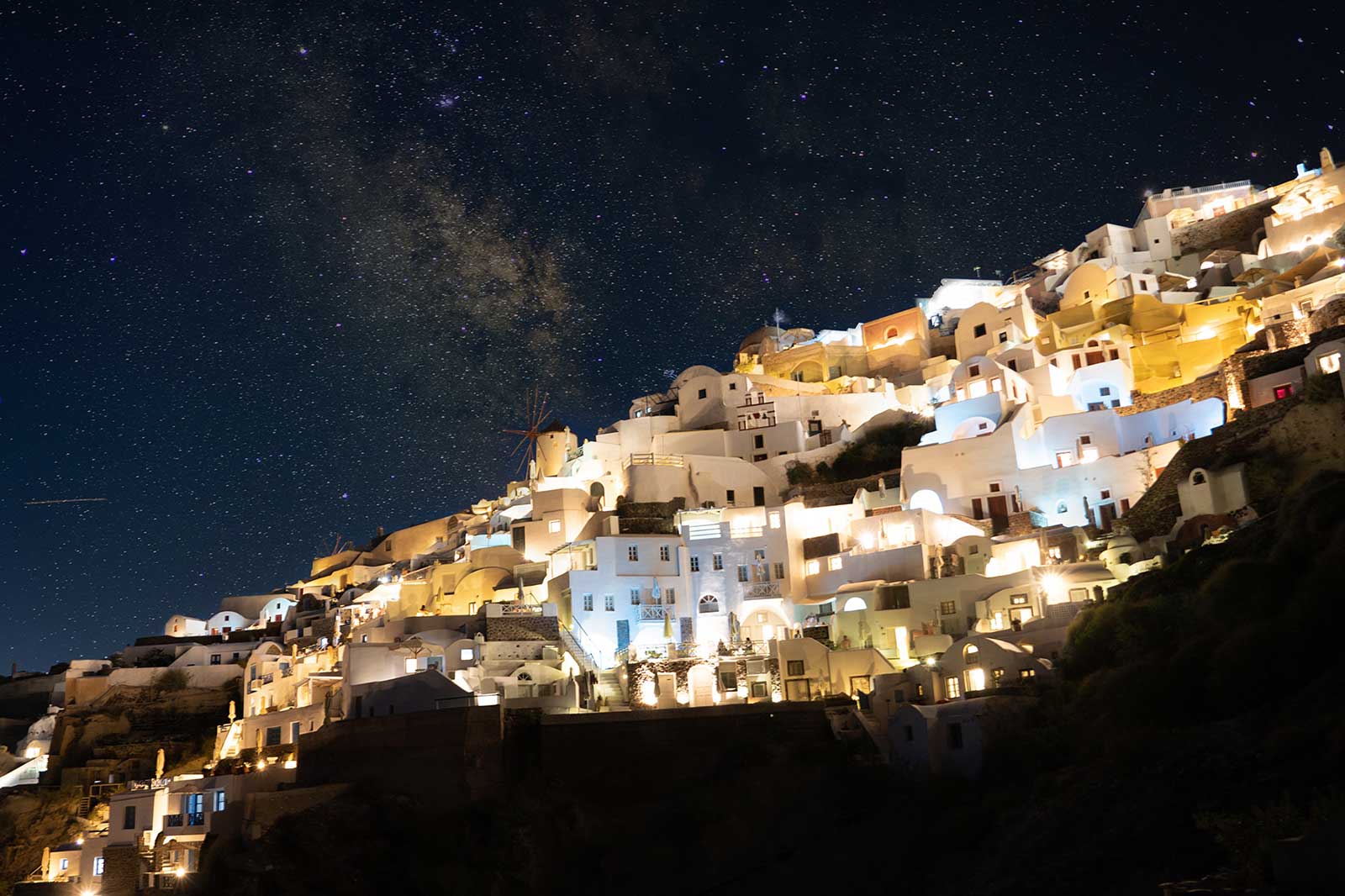 Photo by Xuan Nguyen on Unsplash

With all the turmoil going on in the world, every destination comes under scrutiny. That’s especially true with travel to Europe. So when travelers ask, “Is it safe to travel to Greece?”, it’s refreshing to be able to answer “yes.”

“In my opinion, Greece is the safest country in the Mediterranean – including the other European countries of the region,” says Olivier Moutopoulos of the tour operator Greeka. “It is a fact that there has never been a terrorist attack from Al-Qaeda or ISIS in Greece.”

2022 update: Like many other European countries, Greece has seen its tourism status fluctuate with the arrival of each new variant. The State Department currently has Greece at a level-4 (do not travel status) due to COVID, though the country is open to American travelers who can produce proof of vaccination, a recent negative test, or documentation that they have recovered from COVID. 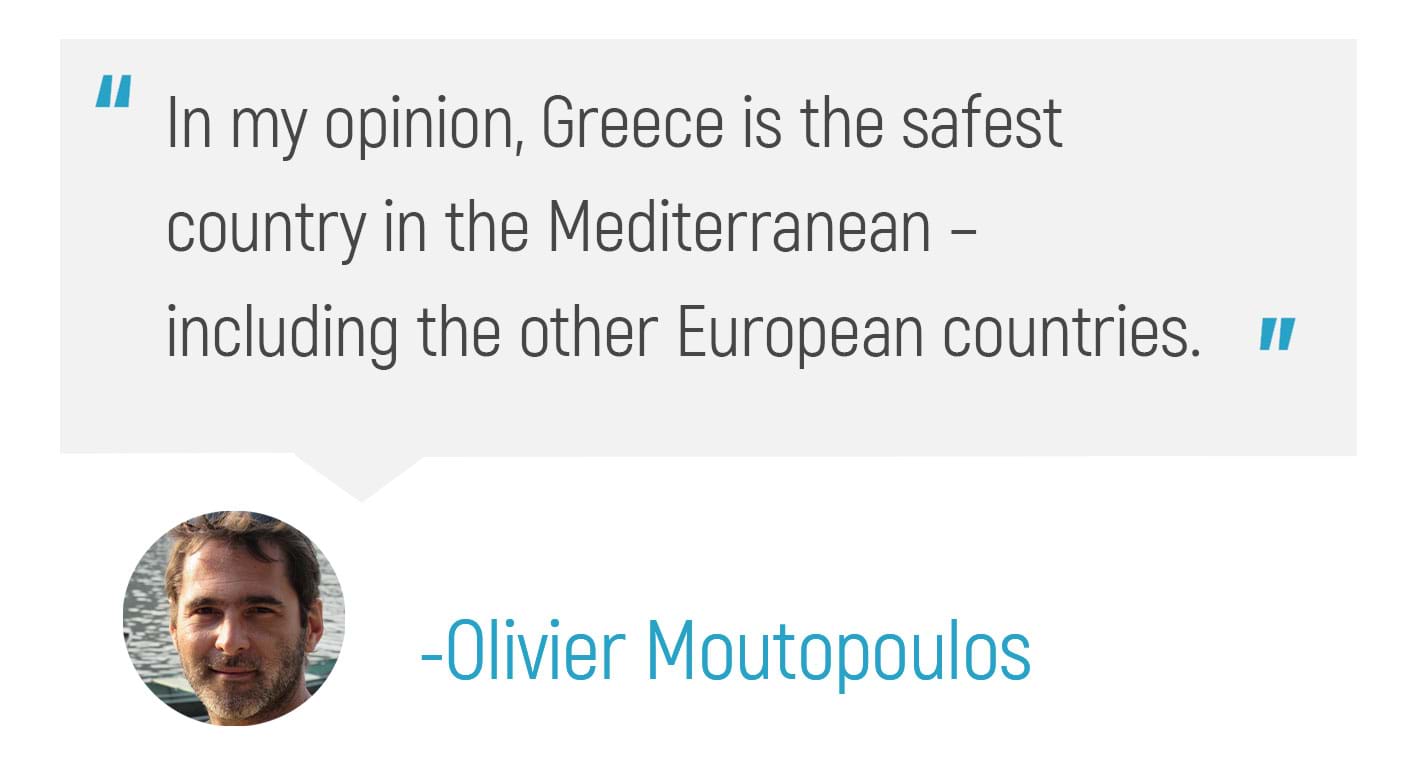 Unlike many countries in Europe, including some of Greece’s neighbors, Greece is a level-one destination according to the State Department, meaning “exercise normal precautions.”

The annual Global Peace Index rankings, while placing Greece in the middle of the pack in terms of safety, conflict, and lack of militarization, note the country’s low levels of homicide, incarceration, violent crime, and political instability.

All of this adds up to an idyllic vacation destination, from a safety standpoint.

“If you are visiting the Greek islands, you really do not have to worry about anything,” Moutopoulos says. “You will feel safe and at ease. If you are visiting Athens or another big city, I would just recommend the general safety tips that someone considers when traveling anywhere in Europe and the USA.” 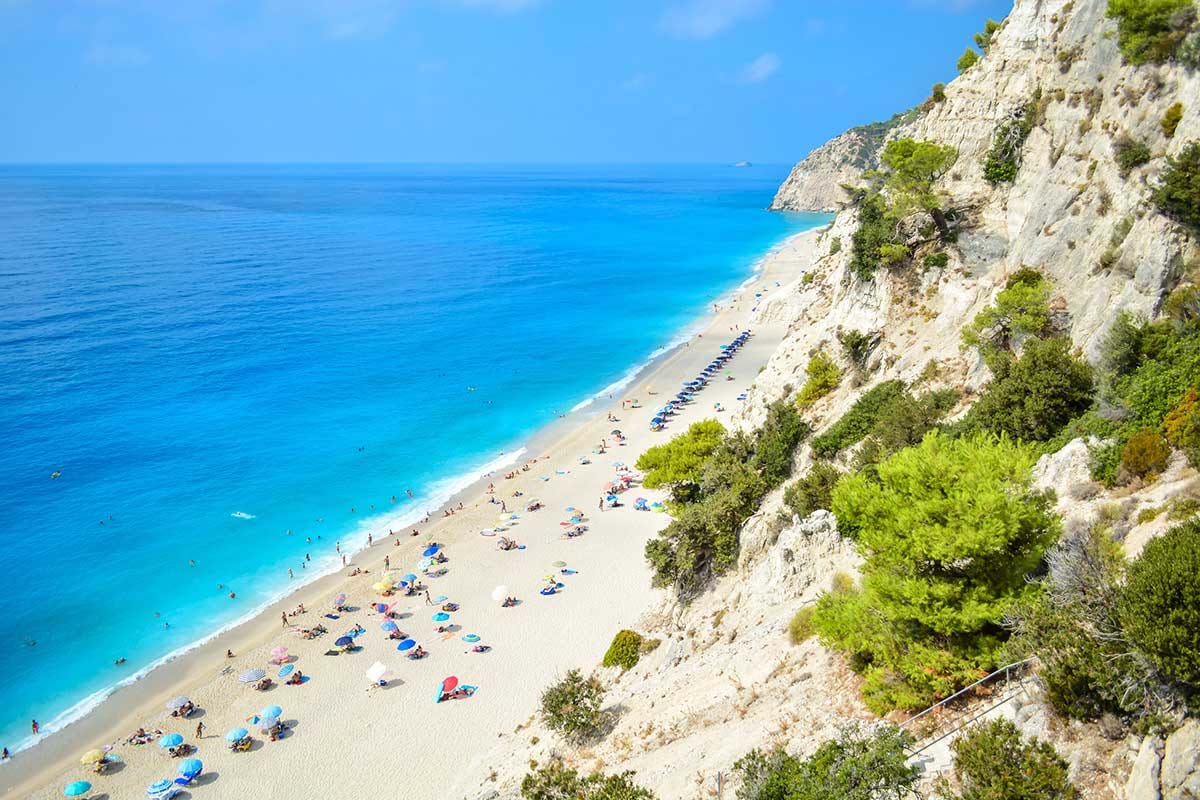 Photo by Antone Adi from Pexels

According to Moutopoulos, travelers should:

The key to keeping belongings safe is being uber-protective of purses and bags.

“It’s very common and recommended if you carry a backpack to place it in front of you so you can keep your eye on it,” Moutopoulos says. 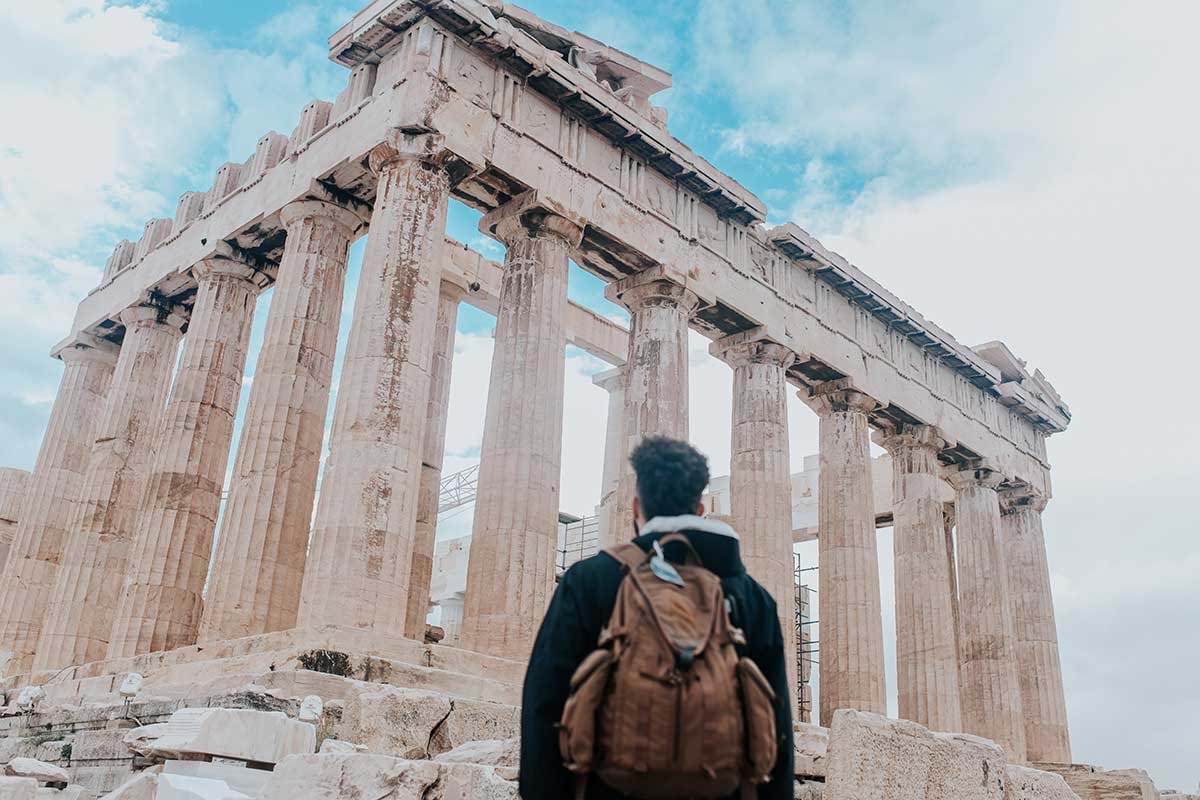 Photo by Elijah Bryant on Unsplash

In discussing pickpockets, Moutopoulos notes that “pickpockets in Greece won't get aggressive. Also in Greece there is a sense of caring for each other. In case of a misfortune like this, don't be surprised if a complete stranger will be willing to help you.”

Specific ways of dissuading pickpockets include:

To avoid common travel scams, make sure you:

The State Department has more about common travel scams here. 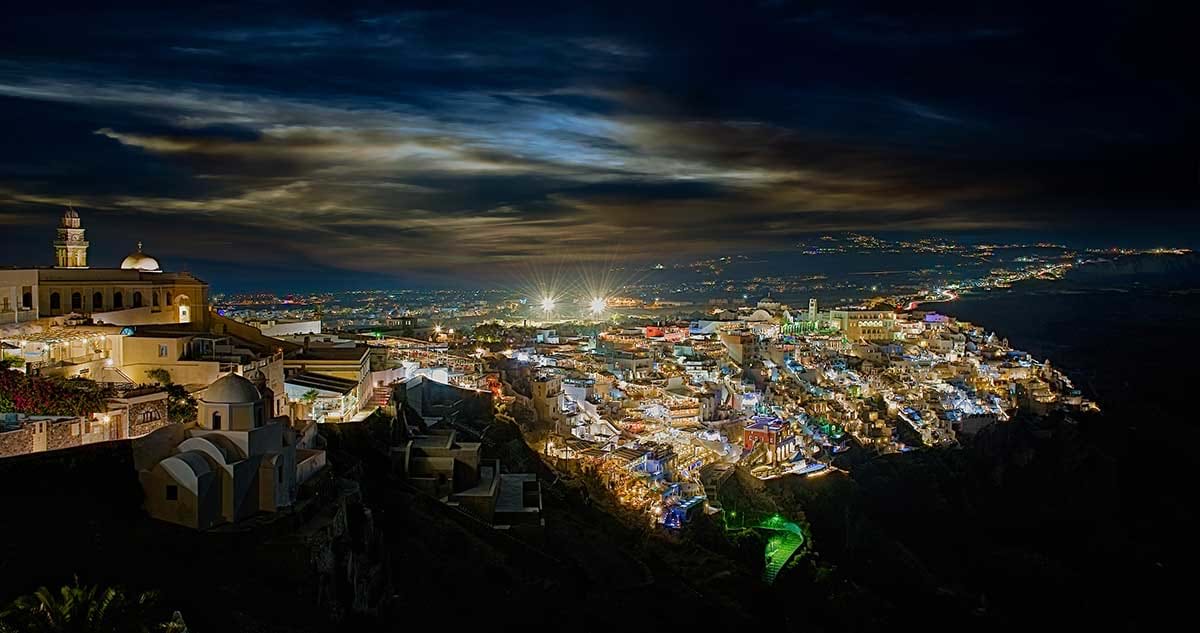 Photo by GEORGE DESIPRIS on Unsplash

Just like any other country, Greece shows a slightly different face at night. Most of the time you’ll be just fine walking around at night; if you’re concerned, ask trustworthy local resources like your hotel concierge about local safety concerns or areas to avoid.

“In general, Athens and other large Greek cities are as safe as any other European city,” Moutopoulos says, though he also notes some specific areas to avoid.

“Exarcheia has a reputation of [being] a dangerous district,” he says. “It is the home of a more bohemian lifestyle, and it is absolutely okay if you decide to skip this, but in my opinion you would have missed out an important part of the Athenian identity.”

In addition, travelers to Greece should also:

Be smart about drinking

According to Moutopoulos, the towns of Malia and Laganas have been advertised as cheap party destinations for young people, and have had some alcohol-related incidents.

While the rest of the country has not had these issues, as Moutopoulos says, “Consuming large amounts of alcohol at a very low price is really dangerous, regardless the destination.” 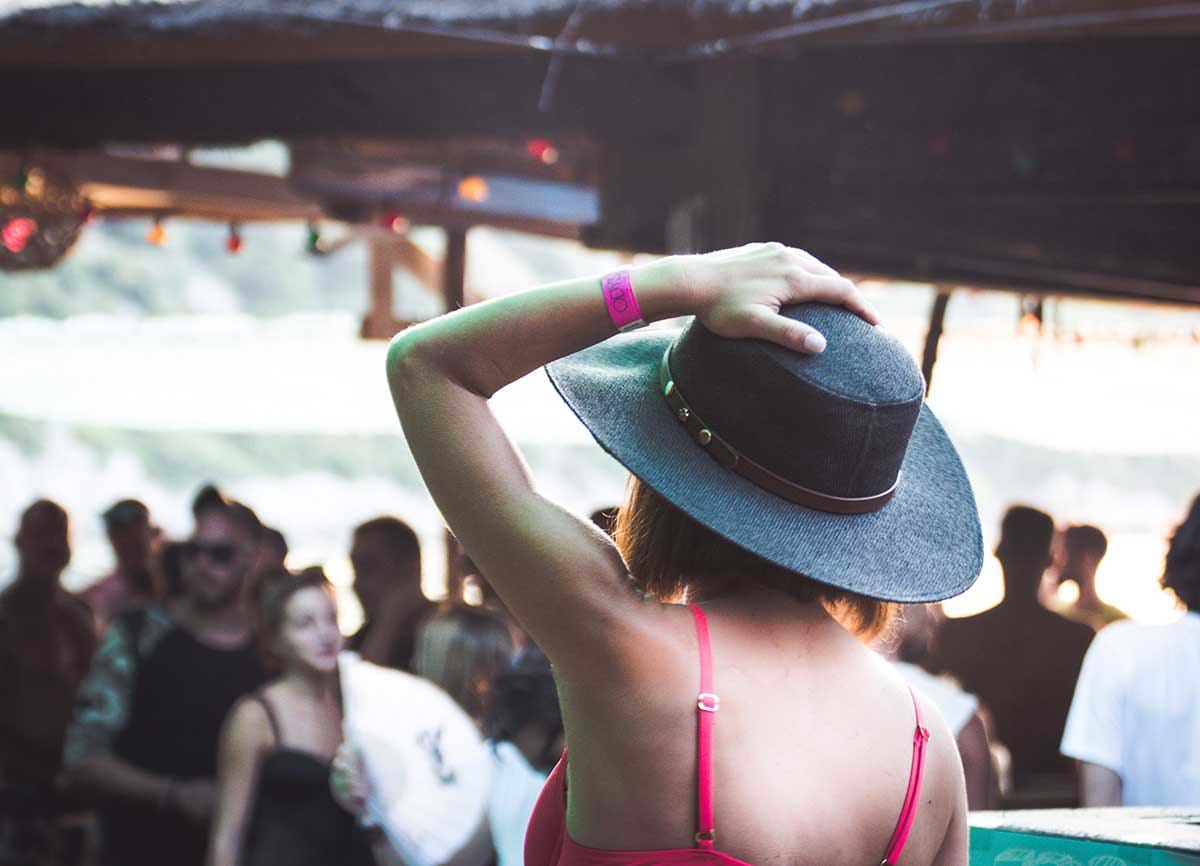 Photo by Jason Blackeye on Unsplash

The best way to avoid being taken advantage of for being a tourist is to not look like a tourist. That means you should:

“Driving Greeks are not considered the most respectful when it comes in terms of obeying street signs, traffic lights or pedestrians,” Moutopoulos says. “Always double-check when crossing the road, even if you have the priority.”

Use a tour guide

“Although Greece is a relatively small country, it consists of more than 100 inhabited islands, and each island has its own character,” Moutopoulos says. “We help our clients get a personalized service designed according to their needs.”

“Tourists can book their ferry tickets, their accommodation, island-hopping packages, car rentals, tours and more through our website,” he adds. “Last but not least, our 24/7 customer service is there to assist you regarding any issue that might come up before or during your visit.” 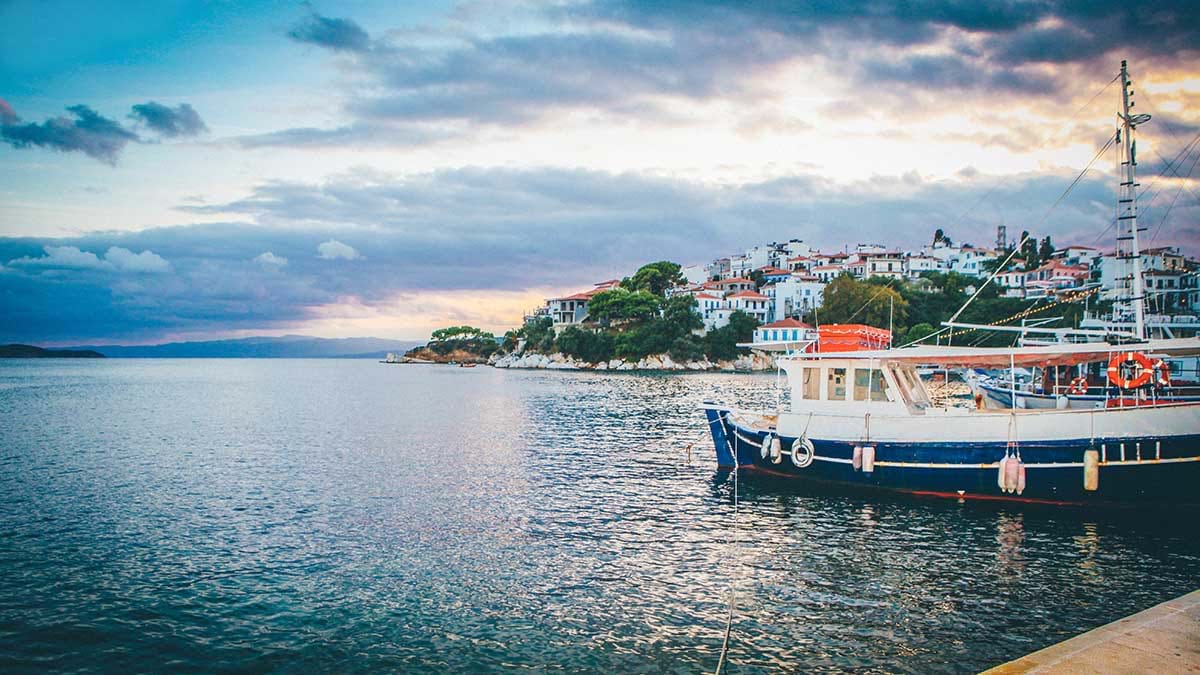 Travel insurance can handle many things that could conceivably spoil a vacation in Greece, from medical emergencies and evacuation to lost luggage to trip cancellation for other reasons.

Make sure you buy a plan that aligns with your needs and travel style. If you’re cruising the Greek islands, consider cruise insurance from Berkshire Hathaway Travel Protection; if you’re hiking the highlands, our adventure insurance may be a better fit.

Discover more about all our travel insurance plans.

It really doesn’t take much in the way of preparation, and there aren’t many precautions a traveler to Greece needs to take in order to have a wonderful vacation.

As Moutopoulos says, “The main reason for tourists to choose Greece as their vacation destination is because it is a wonderful and safe country. My only advice is to relax and enjoy the sun and sea!”