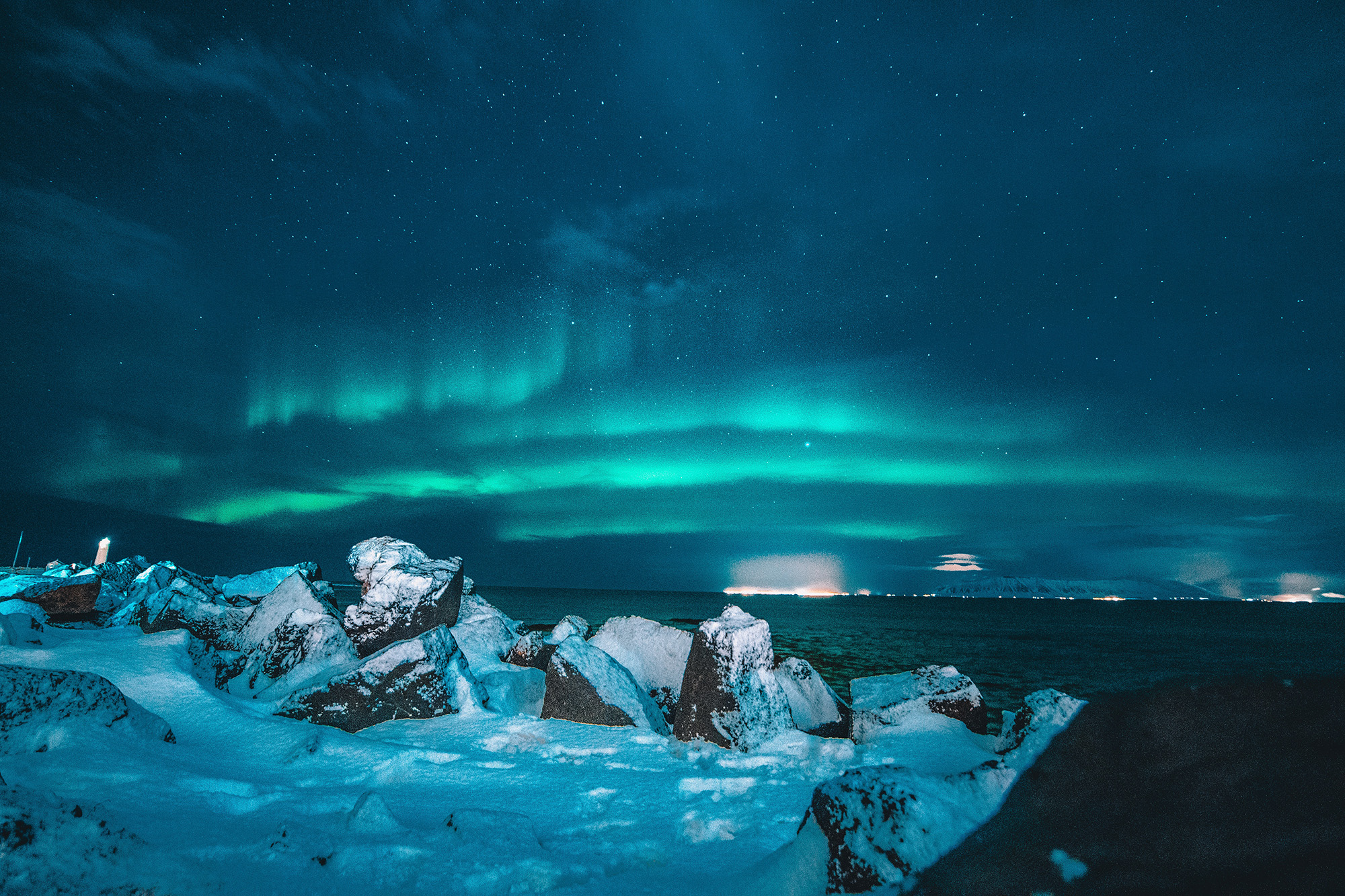 Each year, regardless of what’s going on in the world, Berkshire Hathaway Travel Protection produces its list of the safest places to travel. And over the years, US consumers have seen travel threats from A (Hurricane Andrew) to Z (Zika) impact their travel plans and their perception of travel safety, and influence where they travel.

A couple years ago it was the pandemic. Then it was staff and equipment shortages. Now it’s inflation and global warming.

Assuming we can clear these final hurdles, it’ll be all systems go for travel, and the only thing we’ll have to worry about is which travel insurance plan we want to protect our flights and cruises.

With that thought in mind, let’s dive into the 2022-23 version of the Safest Places To Travel.

Here are the 15 countries around the world that we believe will be safest for travelers in 2023:

THE SAFEST PLACES TO TRAVEL 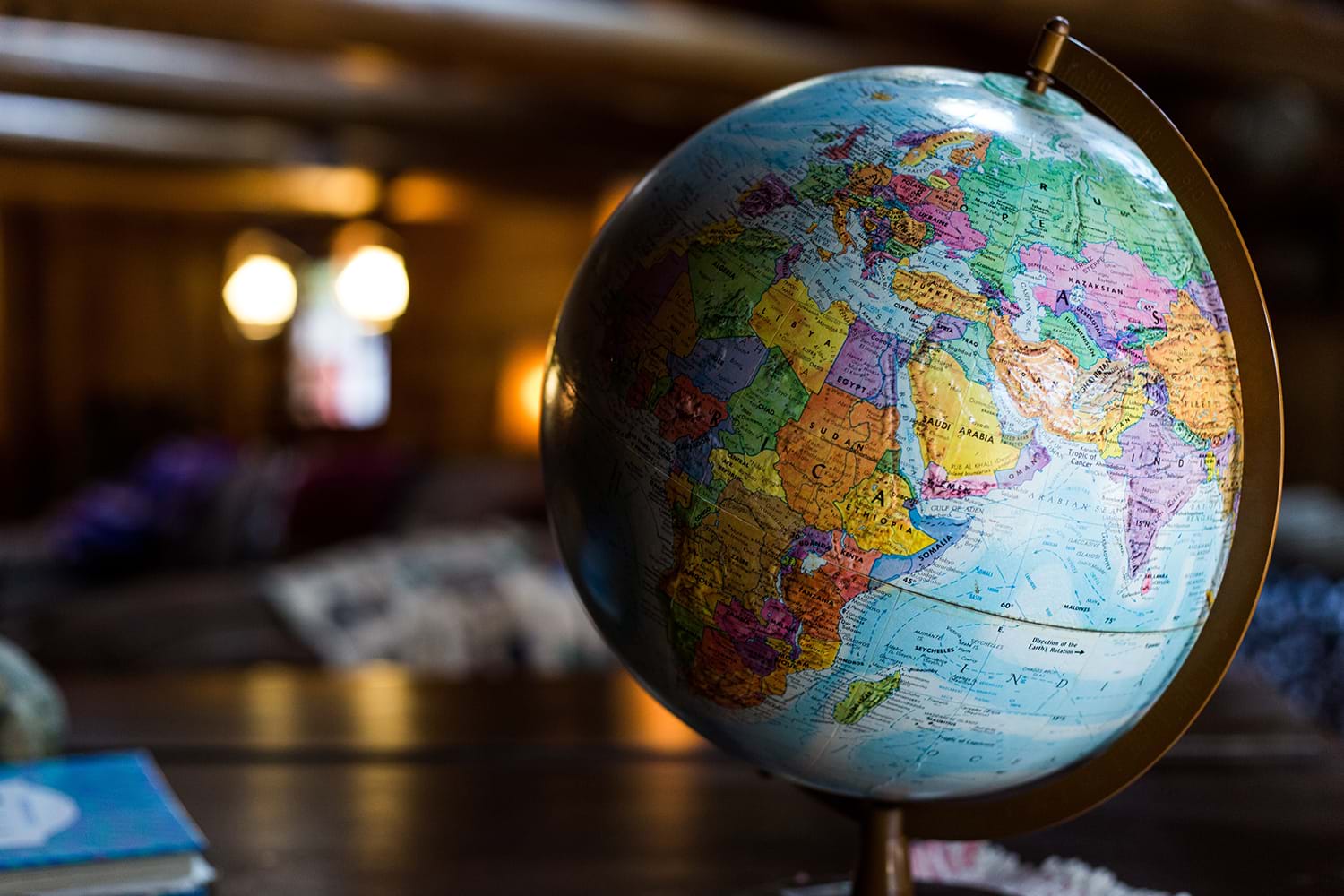 Photo by Kyle Glenn on Unsplash

WHAT YOU NEED TO KNOW ABOUT THE WORLD’S SAFEST COUNTRIES

After years of doing this, it’s clear that travelers think that Australia, New Zealand, Switzerland, Sweden, Iceland, and Canada are pretty safe countries, and their perceptions are reinforced by other measurements.

That doesn’t mean there isn’t movement in our rankings. Over the last year:

Just for comparison (and in case you're keeping score at home), here is last year's list:

Berkshire Hathaway Travel Protection has a long history of asking travelers where they’re going, why they’re traveling, and what constitutes a safe destination to them. We conducted our first traveler research in 2016 and have been doing studies ever since.

In our survey, we ask people where they’ve traveled in the last five years, and only the people who have visited specific countries are allowed to rate those countries on safety.

We then augmented those ratings with other indices and information, including the Global Peace Index and the State Department’s own travel safety ratings. We also average the GeoSure Global scores of the major cities in each country.

From there, we calculated a weighted score that reflects each country’s overall safety.

The beauty of this approach is its balance. No one score tips in balance in favor of one country over another, and each score contributes to the overall score. 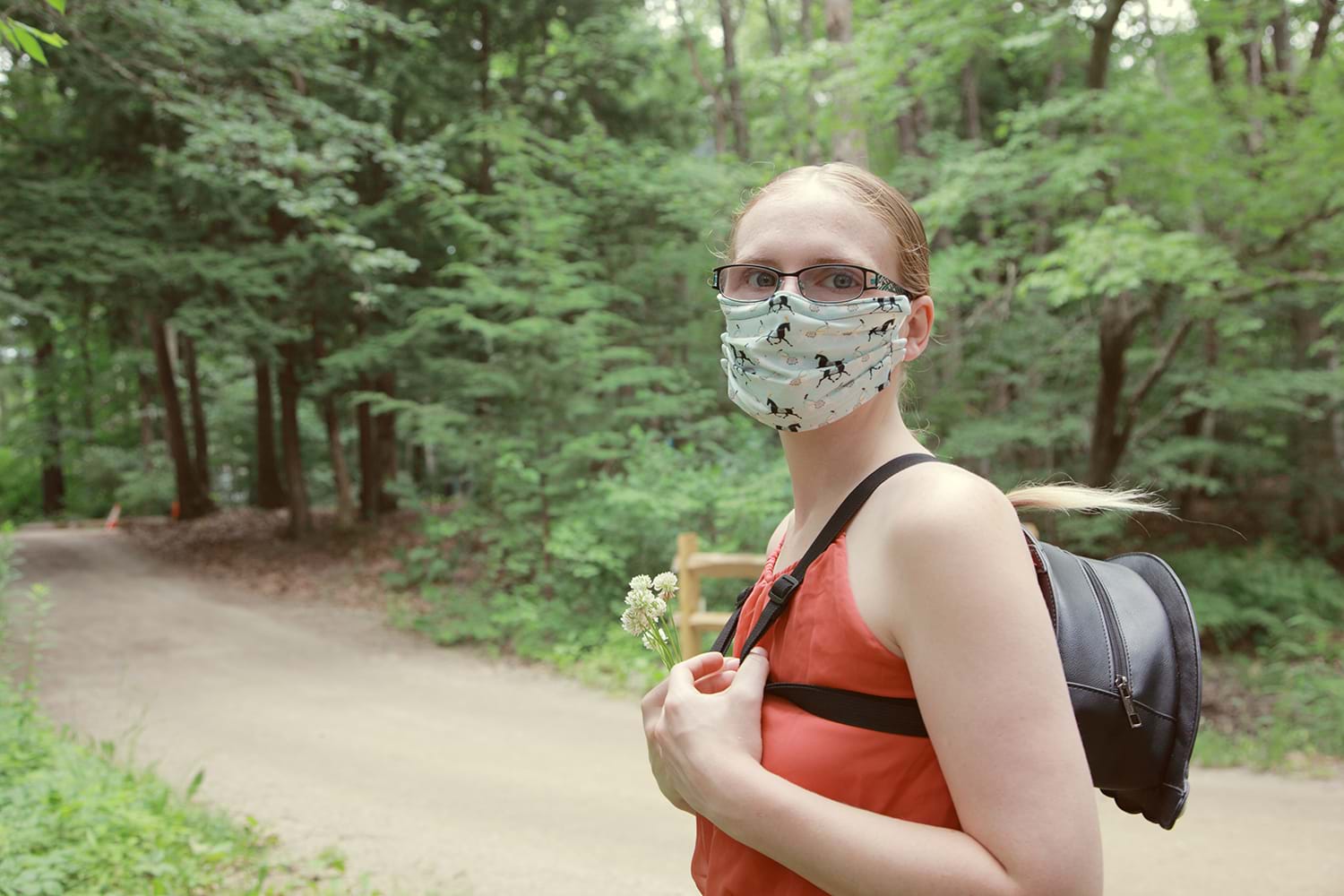 Photo by Tsunami Green on Unsplash

These ratings aren’t predictive – that is, just because we say Canada is safe that doesn’t mean it will rank in the Top 10 in the future.

It also doesn’t mean that any given country is safe right this moment.

For instance, several years ago, our survey respondents named Australia the world’s safest country, and by the time the findings were released the country was being decimated by forest fires … in the middle of a pandemic.

Like any other measurement, you need to balance our rankings with what’s going on in the world as you’re booking your travel.

Let’s learn a little more about the safest countries for travelers. 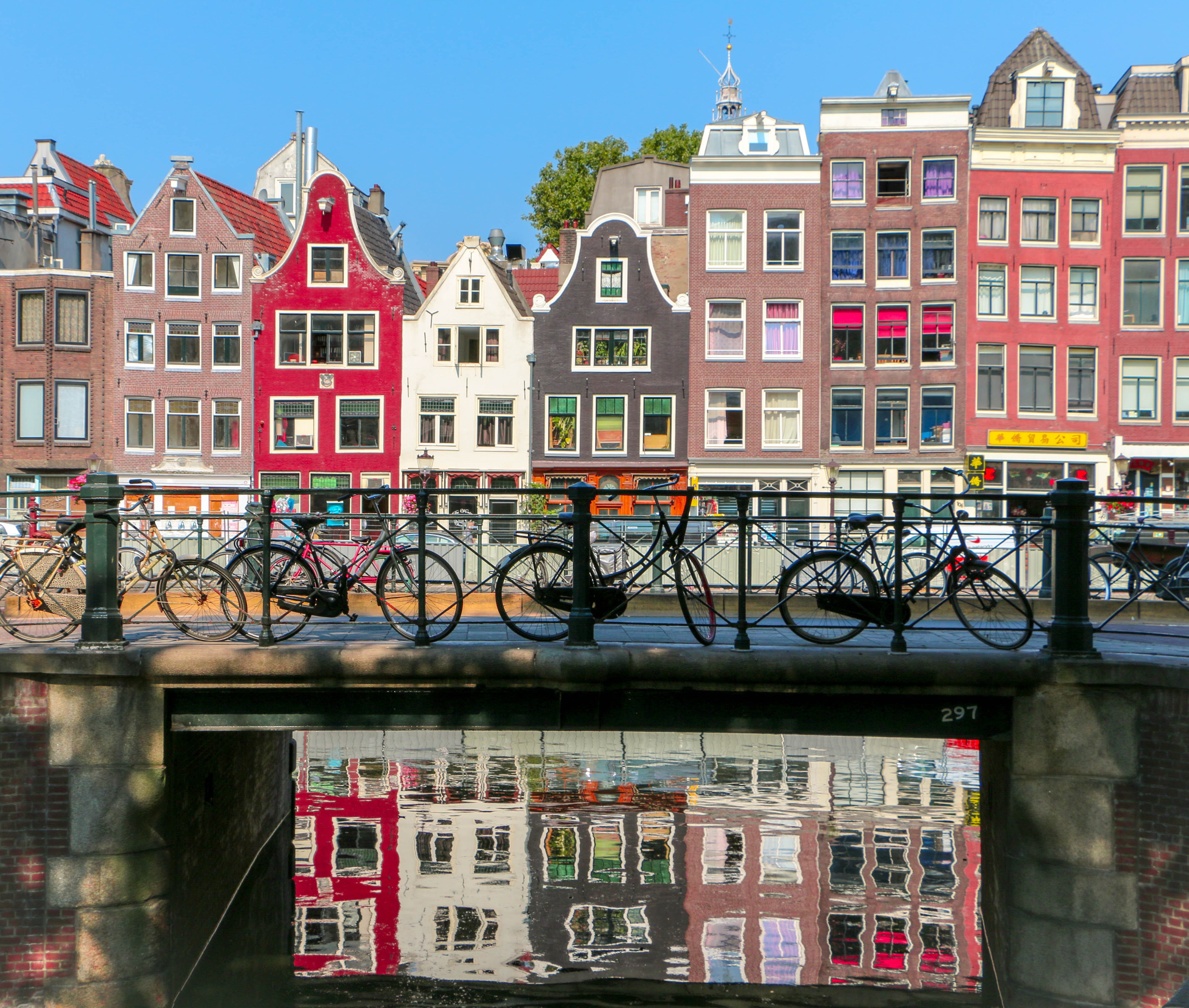 Photo by Gaurav Jain on Unsplash

THE TOP 15 SAFEST COUNTRIES IN THE WORLD

Spoiler alert: Amsterdam is one of the world’s safest cities, according to the American travelers we surveyed. If Amsterdam is a super-safe city, it would make sense that it’s located in a really safe country.

Demonstrations, maybe? Honestly, the State Department’s country information page for the Netherlands struggles to come up with anything beyond the usual amorphous threats of terrorism and pickpocketing. 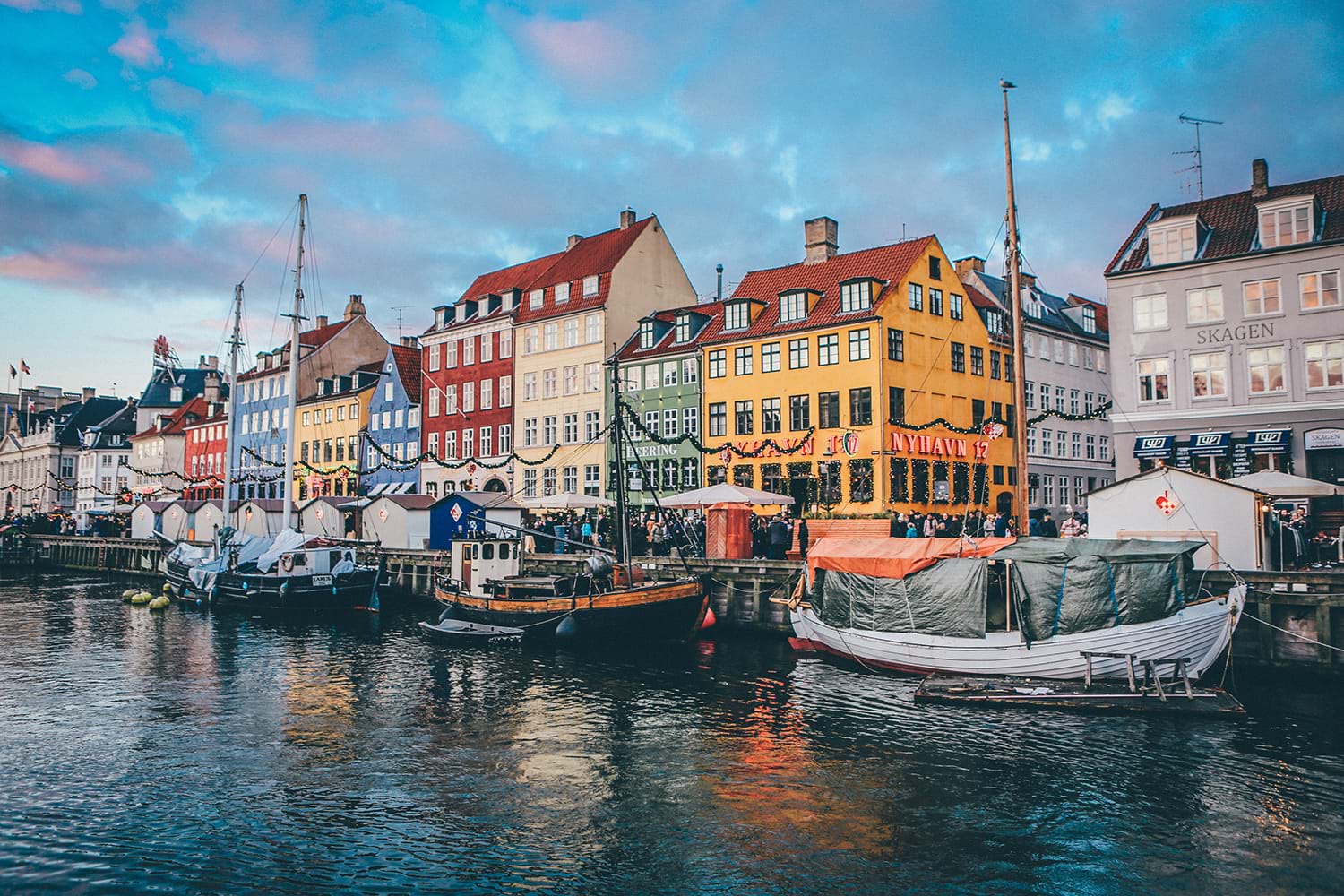 Like the Netherlands, Denmark is home to one of the world’s safest cities in Copenhagen. Beyond that, Denmark is a famously mellow destination without the occasional discordant note struck in Sweden or Norway.

And like the Netherlands, good beer and good cheese go a long way toward mollifying a population.

Drugs. According to the State Department, “Freetown Christiania, located in the Christianshavn area of Copenhagen, is known for illicit drug activity. Drug enforcement efforts have resulted in clashes between the police and Christiania residents.”

Best to just keep your distance. 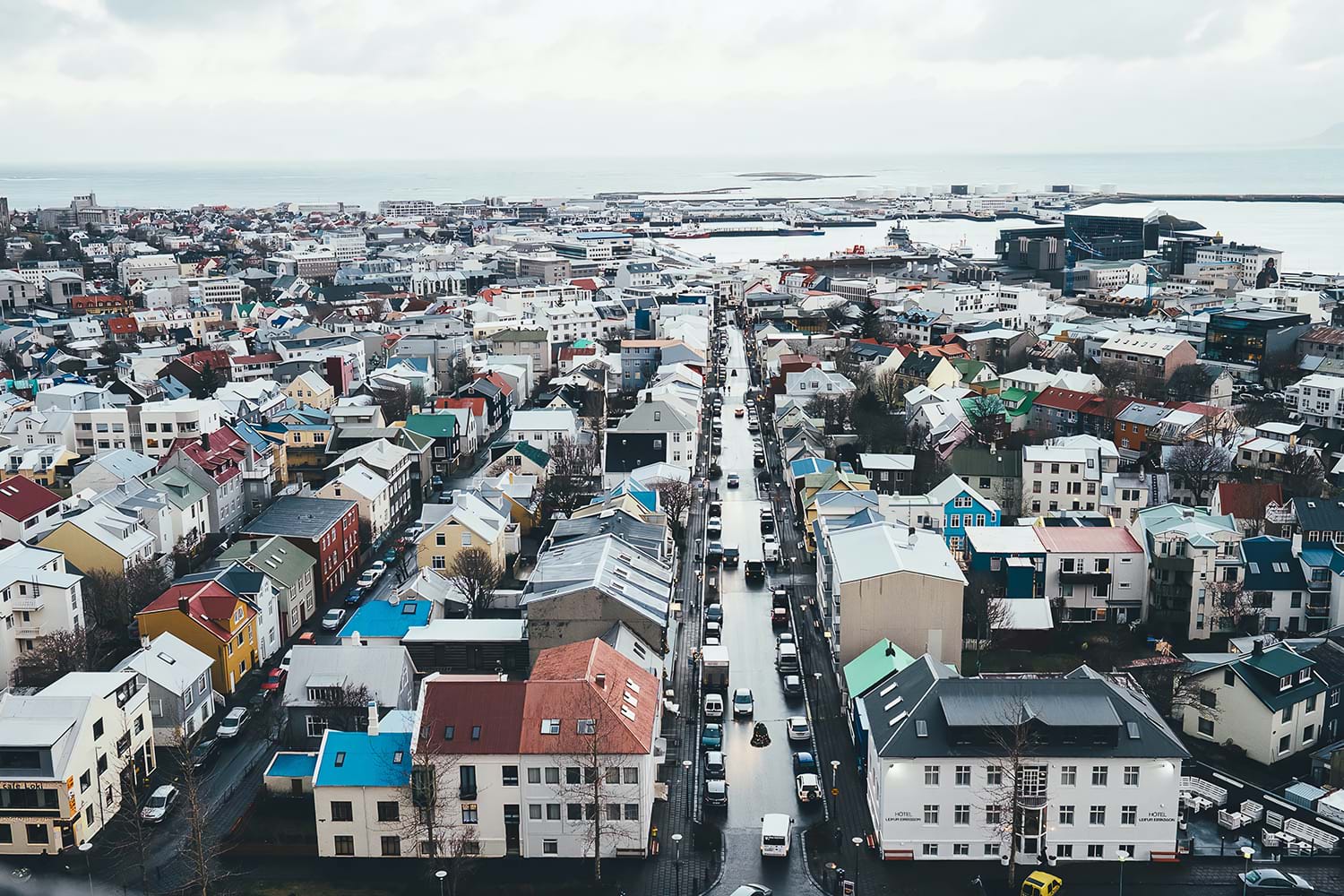 Photo by Annie Spratt on Unsplash

Iceland has always been considered one of the safest places on earth. The only question is where in the top of the list it will fall.

Leaving your bag on the floor in a nightclub. Honestly – that’s all the State Department’s got.

Actually, driving can be treacherous. Less than one-third of Iceland’s roads are paved, and many roads outside the capital are impassable from October through April – and then mud makes many roads impassable in July.

Know the road conditions before you set off on an Icelandic road trip. 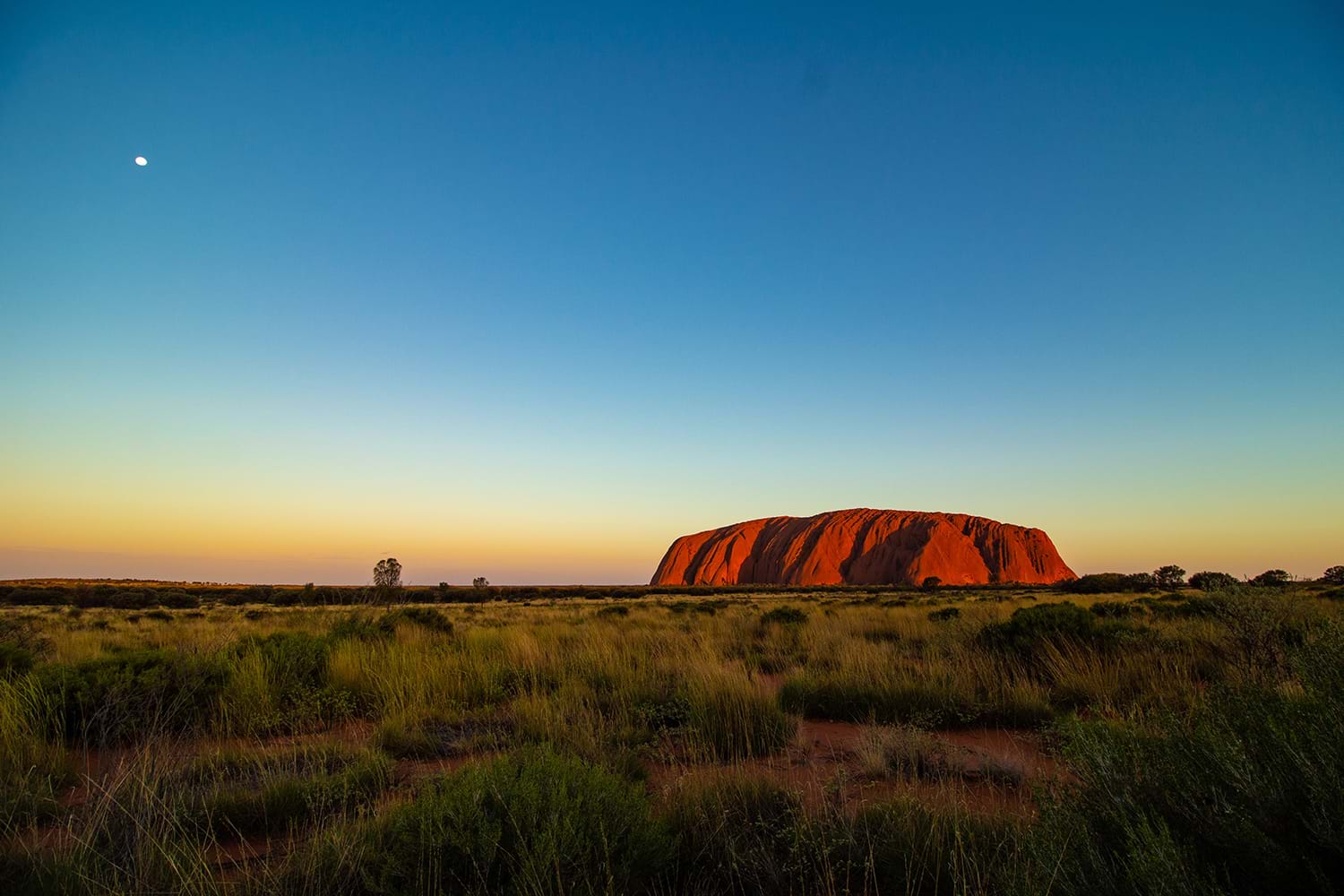 Photo by Ondrej Machart on Unsplash

It’s a long way from anywhere – in a good way. The people are friendly, everyone speaks English, and there are long stretches where you can be absolutely to yourself.

Bar fights. Australia has a bit of a reputation as a hard-drinking country, and sometimes that drinking can get out of hand. Keep your wits about you, duck out when things take a turn, and you’ll be fine. 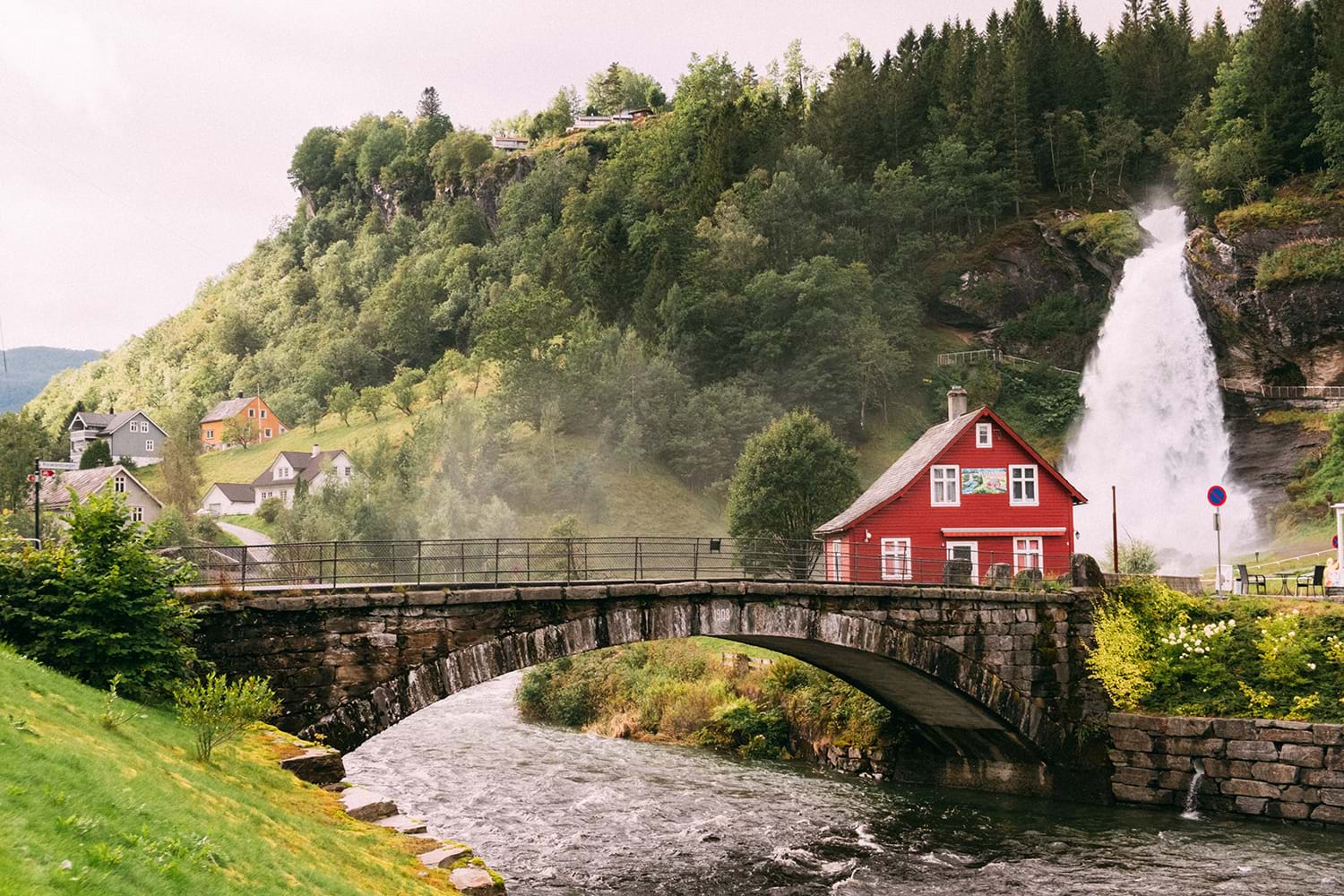 Photo by Tobias Tullius on Unsplash

It’s Scandinavia, so people don’t go out much in the winter – and the winter can last a long time. And when it’s not winter, everyone’s so happy to be out and about that they don’t think about getting into trouble.

There aren’t too many other countries where the State Department is reduced to warning travelers about office burglaries, but that’s its red flag on Norway.

You should also be a particularly careful driver. As Jalopnik notes, Norway does not look kindly on speeders. 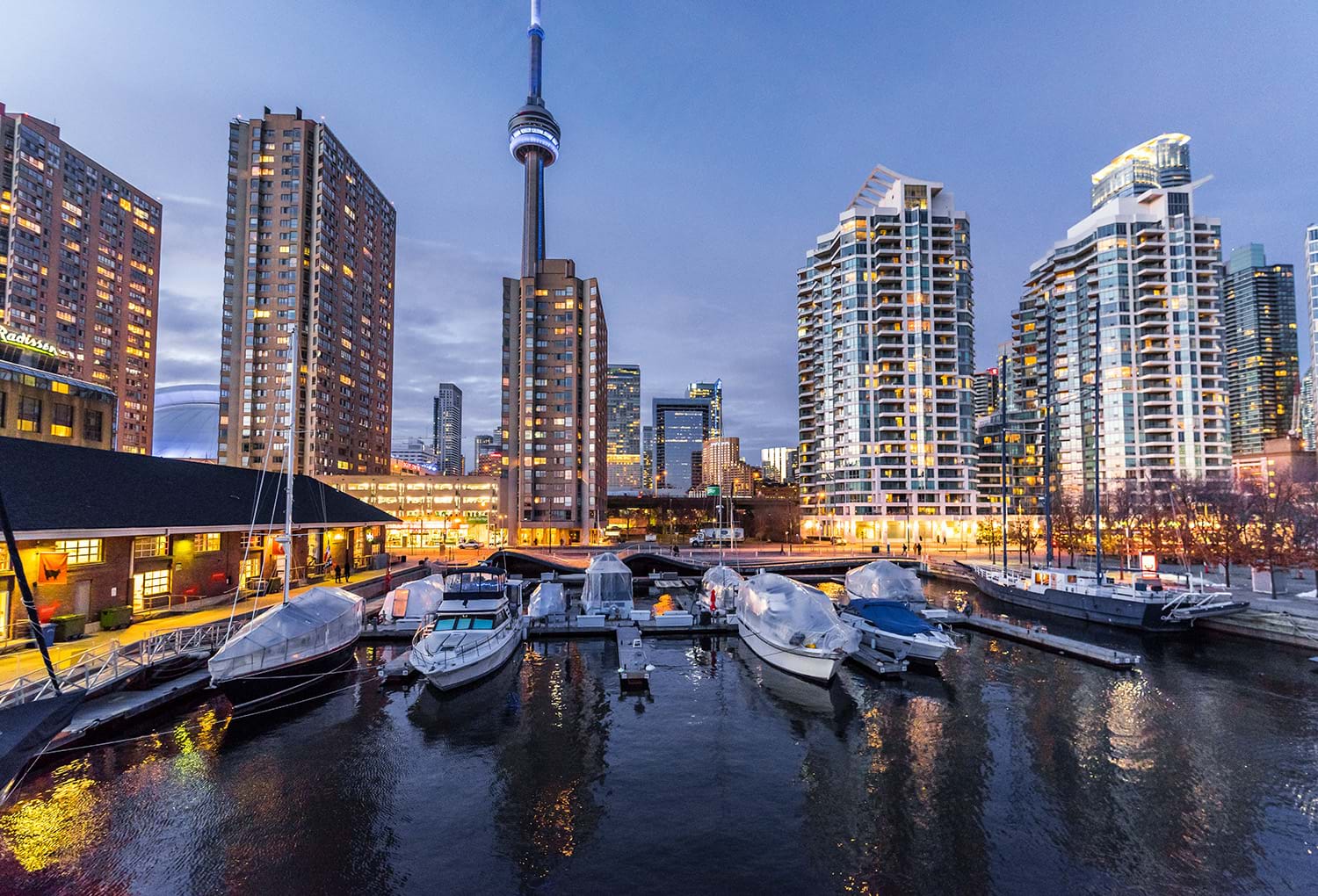 Photo by Eugene Aikimov on Unsplash

Another cold-weather country, Canada is so expansive that crimes stemming out of overcrowding are never an issue. And then there’s the whole “Canada nice” thing, which is 100% real.

Thefts from unlocked vehicles. But, hey, if you leave your car unlocked and someone steals your Timbits®, that one’s on you – no matter where you happen to be. 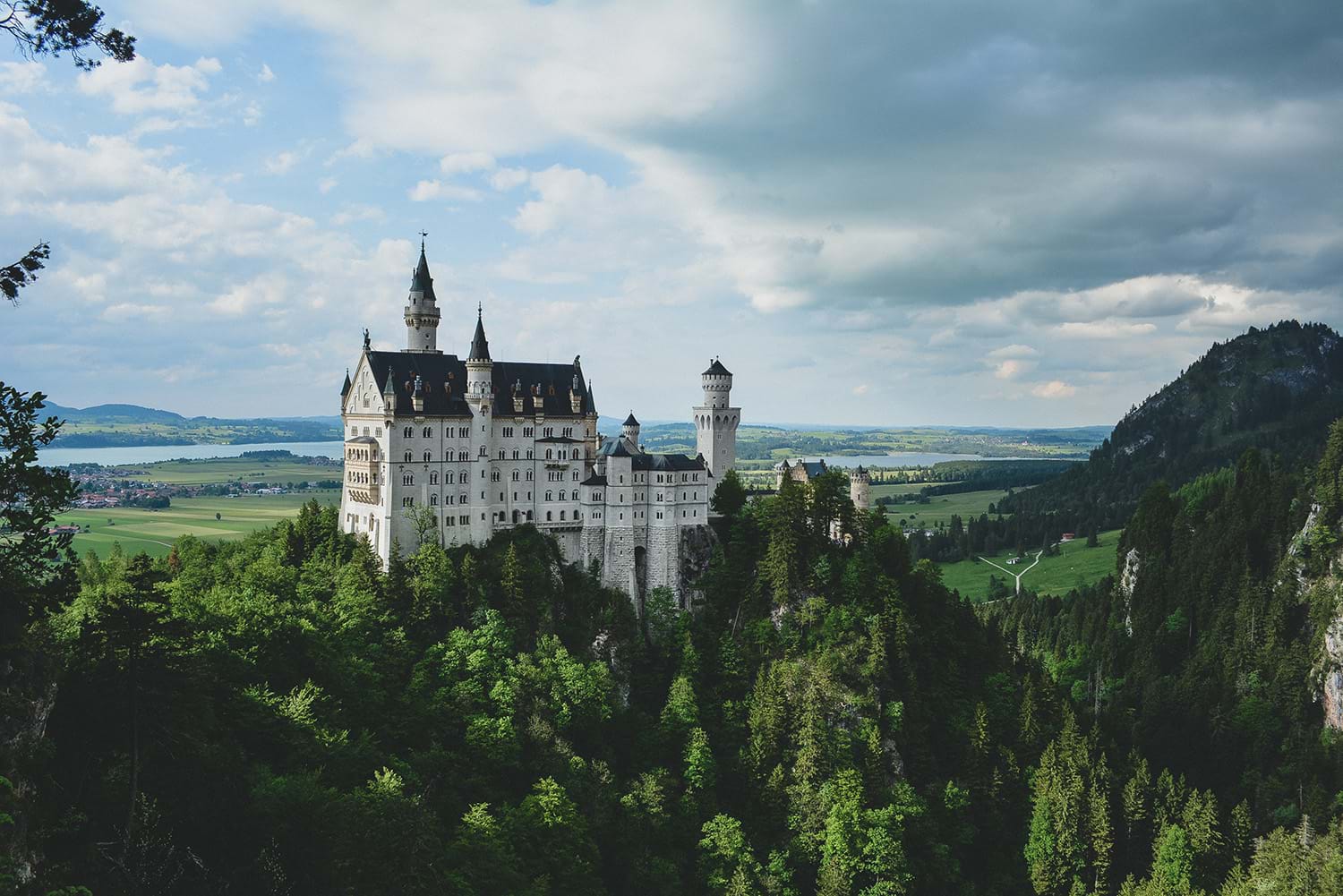 Photo by Rachel Davis on Unsplash

Germany has all the good stuff: It’s orderly and clean, with one of the best transportation systems in the world, and it’s populated by a whole lot of rule-followers.

Romance scams. Per the State Department, “Scams are often initiated through Internet postings/profiles or by unsolicited emails and letters.  Scammers almost always pose as U.S. citizens who have no one else to turn to for help.” 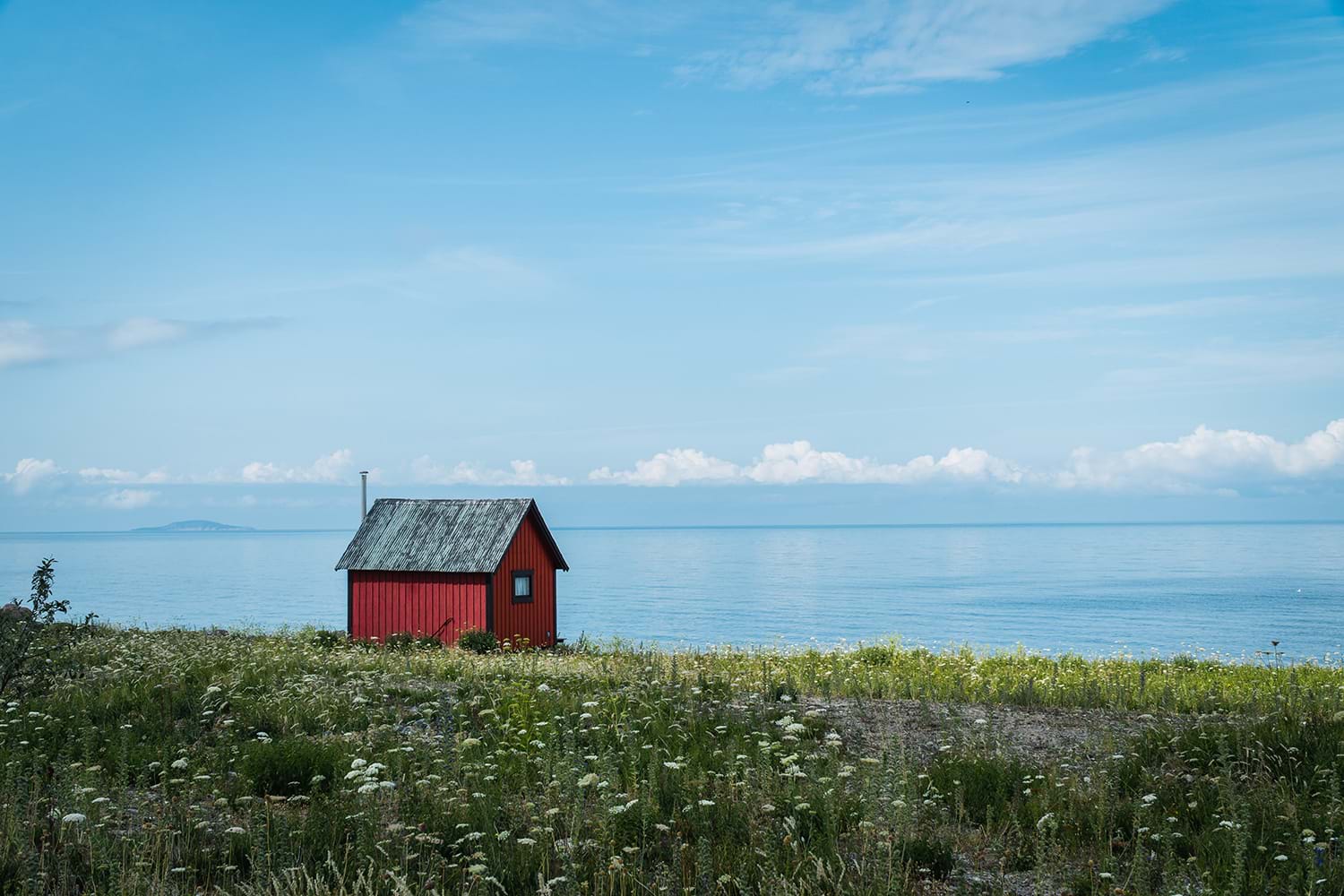 Photo by Patrik Carlberg on Unsplash

It’s Scandinavia. No telling where Finland would have ranked had it been in our ratings. 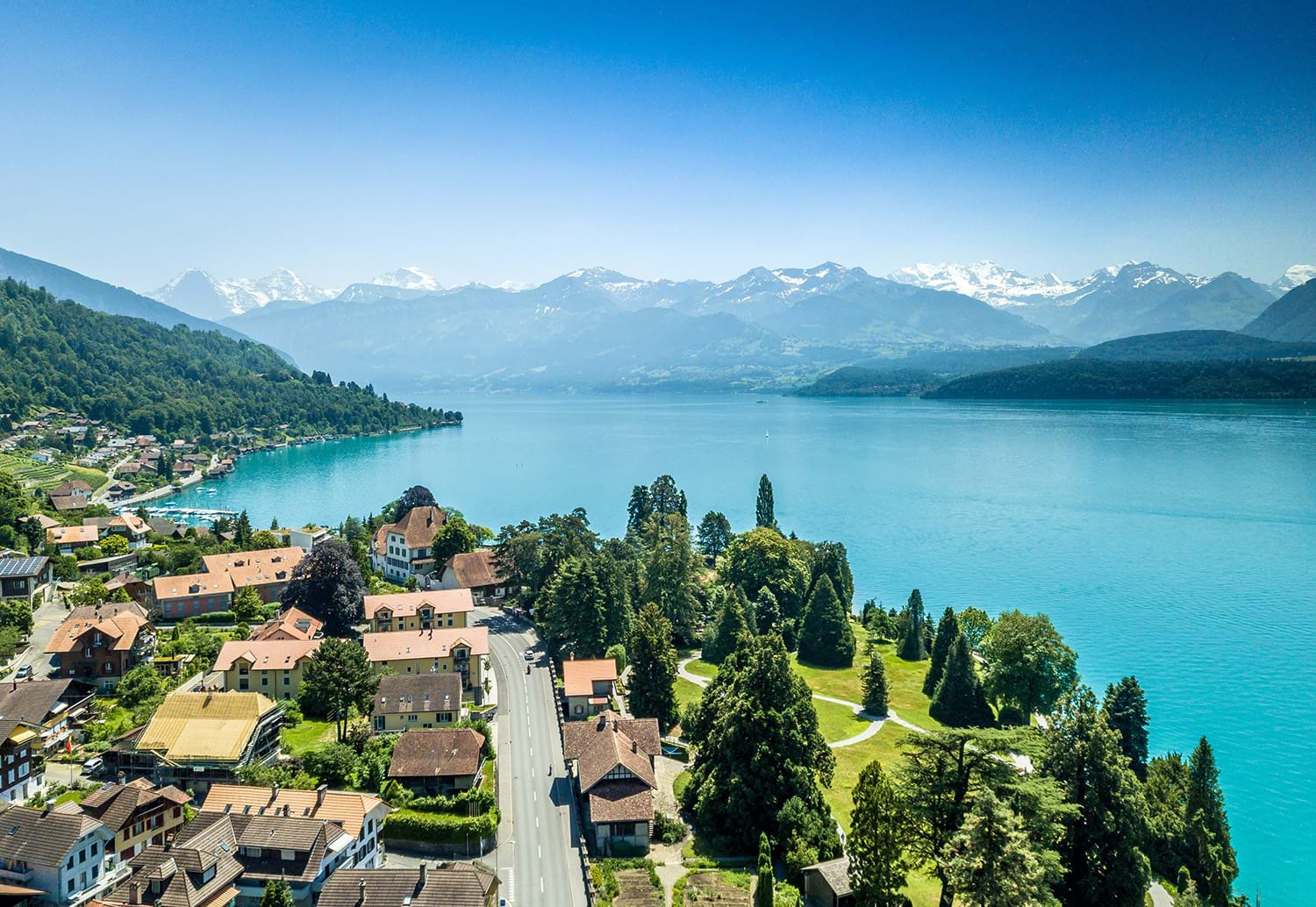 Photo by Andreas M on Unsplash

Alpine hazards. The State Department notes that avalanches, rock slides, blizzards and other hazards are common throughout the year and can strand skiers and hikers without warning. Have a contact system in place before setting out.

"Switzerland is a wonderful place to visit. As a young adult traveller, I found it very safe, clean and so beautiful! People could be reserved but generally were very welcoming, helpful and respectful." 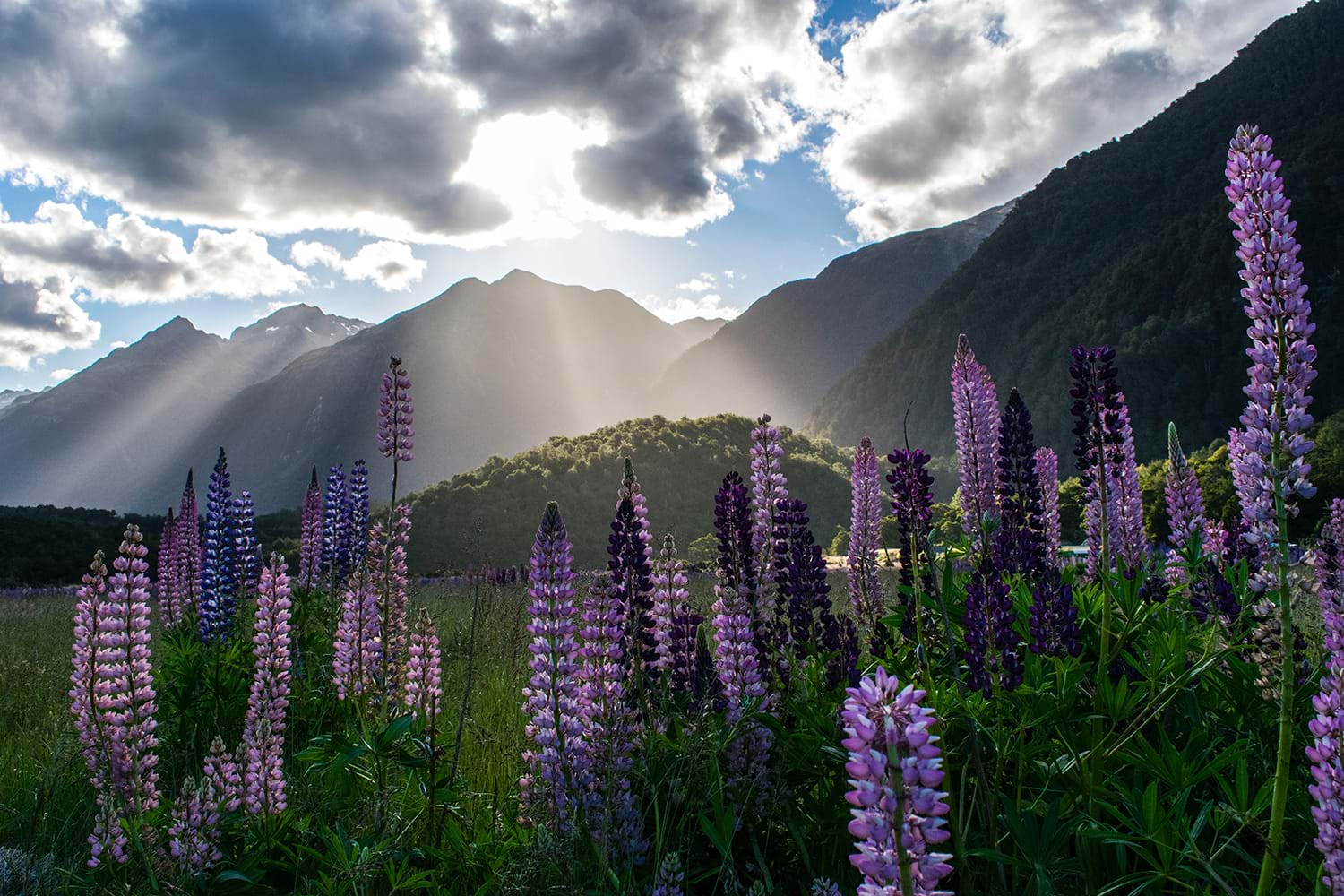 Photo by Aneta Foubíková on Unsplash

It’s like Australia, but more remote and even more beautiful.

Sheep. There are a lot of them in rural areas, roads are narrow, and Americans may not be used to driving on the left side of the road. 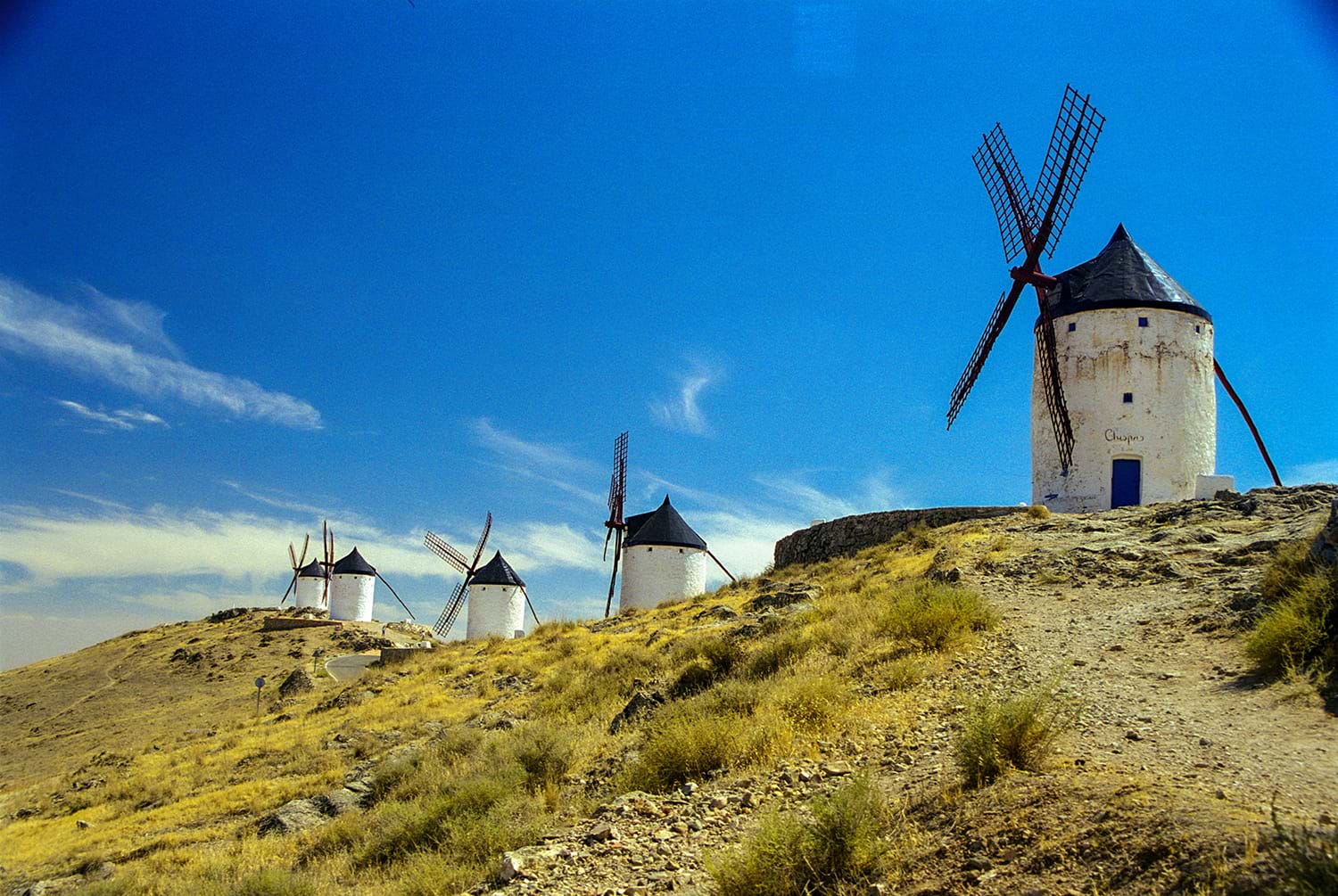 Photo by Mick Haupt on Unsplash

Its cities are some of Europe’s safest, and any place not named Ibiza has a laid-back Mediterranean attitude.

Sexual assaults, particularly against students. The State Department has quite a detailed description of how it happens, what you should do if it happens to you, and the difficulties in getting justice. 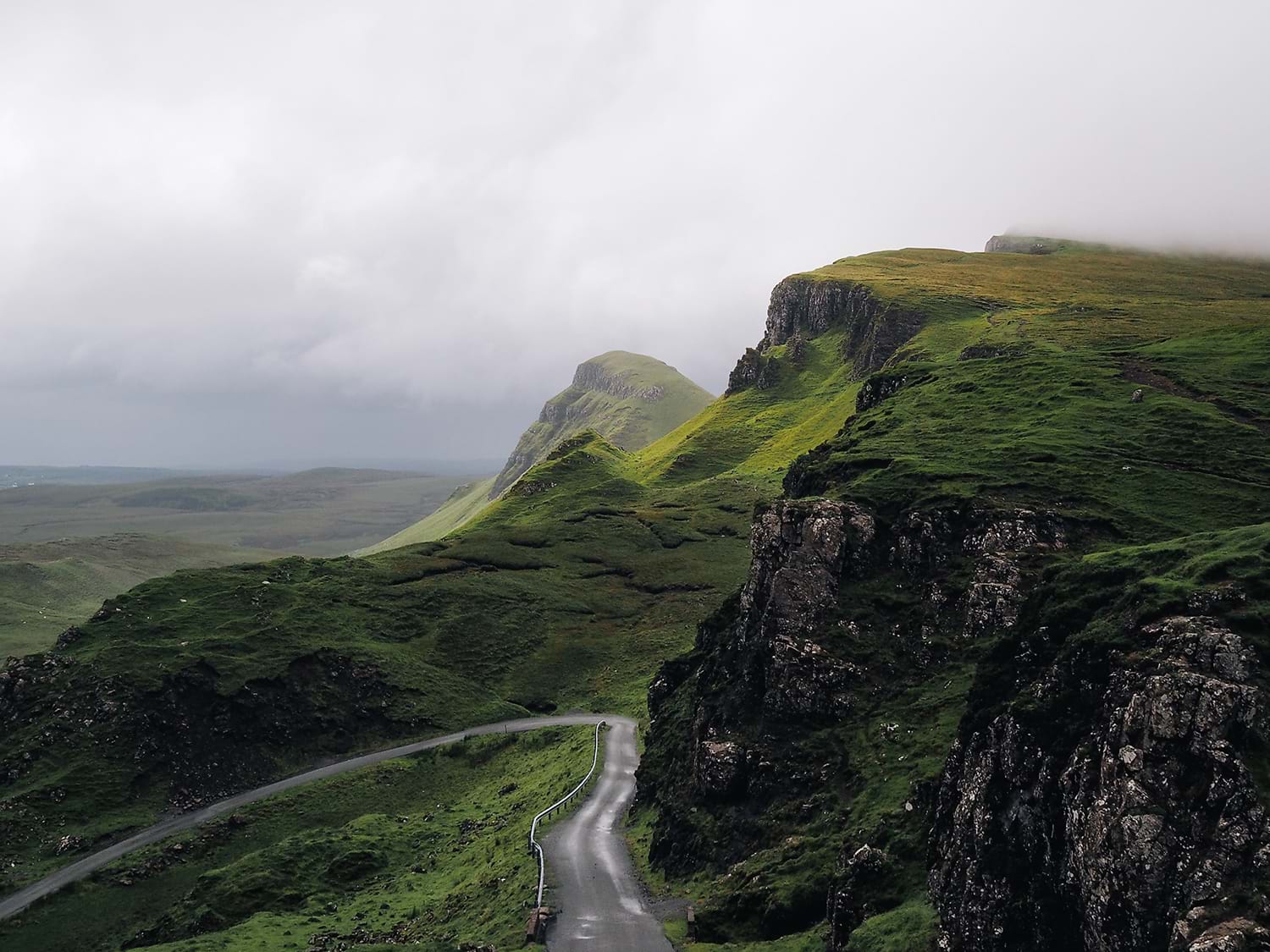 Photo by Andrew Ridley on Unsplash

It’s lush and green and incredibly hospitable. In Ireland even the drunks are happy.

Rental-car break-ins. Rental cars are easy to spot in Ireland, which makes them ready targets for smash-and-grab thieves. Never leave valuables in plain sight in a rental car. 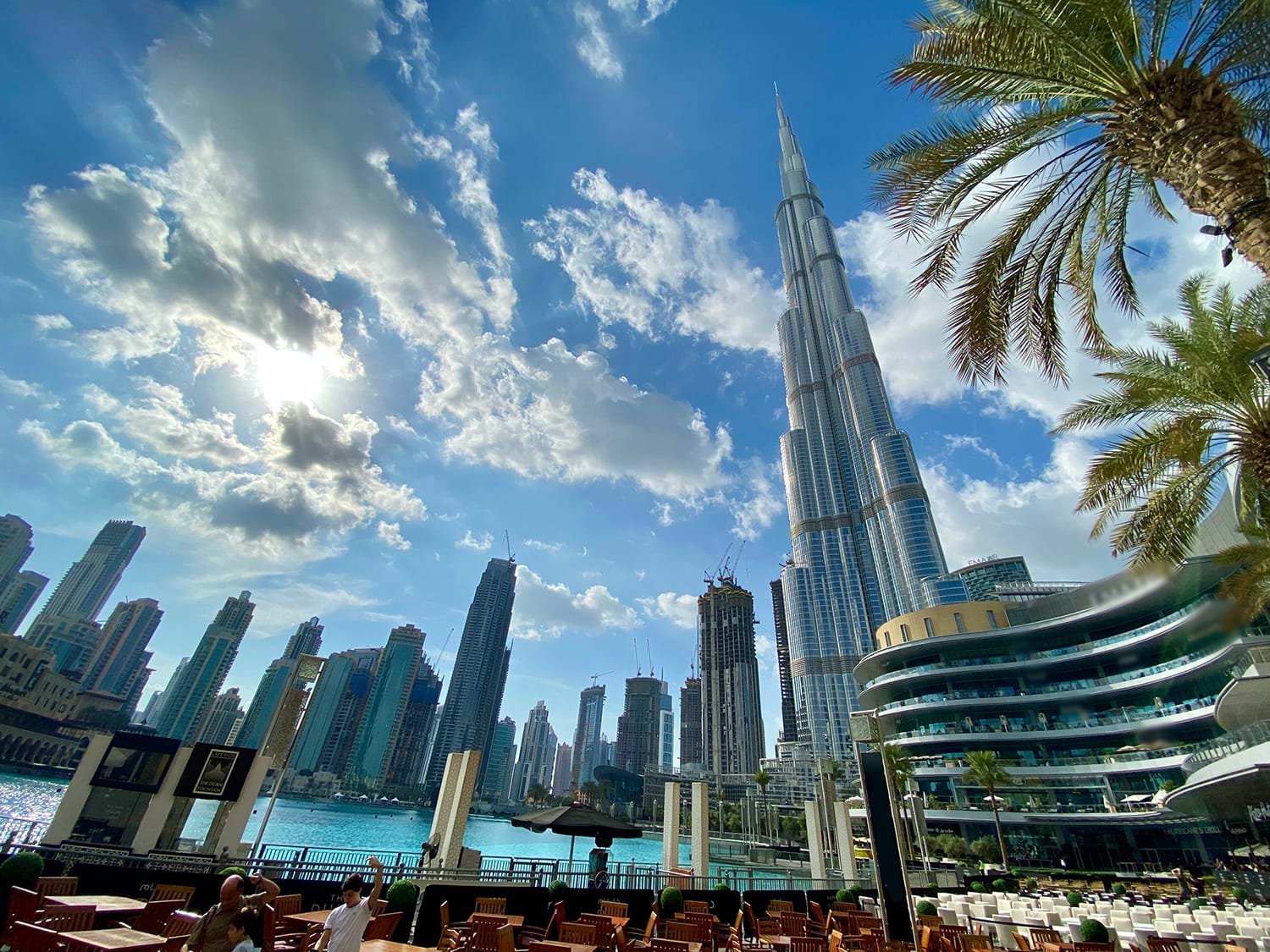 Photo by Wael Hnieni on Unsplash

Being unsafe is against the law – and you don’t want to break the law in the UAE.

Terrorism. While high-profile terrorist attacks are relatively rare in the UAE, it’s not unusual for a political or religious terrorist to stage an attack on an individual, especially if they’re readily identifiable as an American tourist. The State Department has the details. 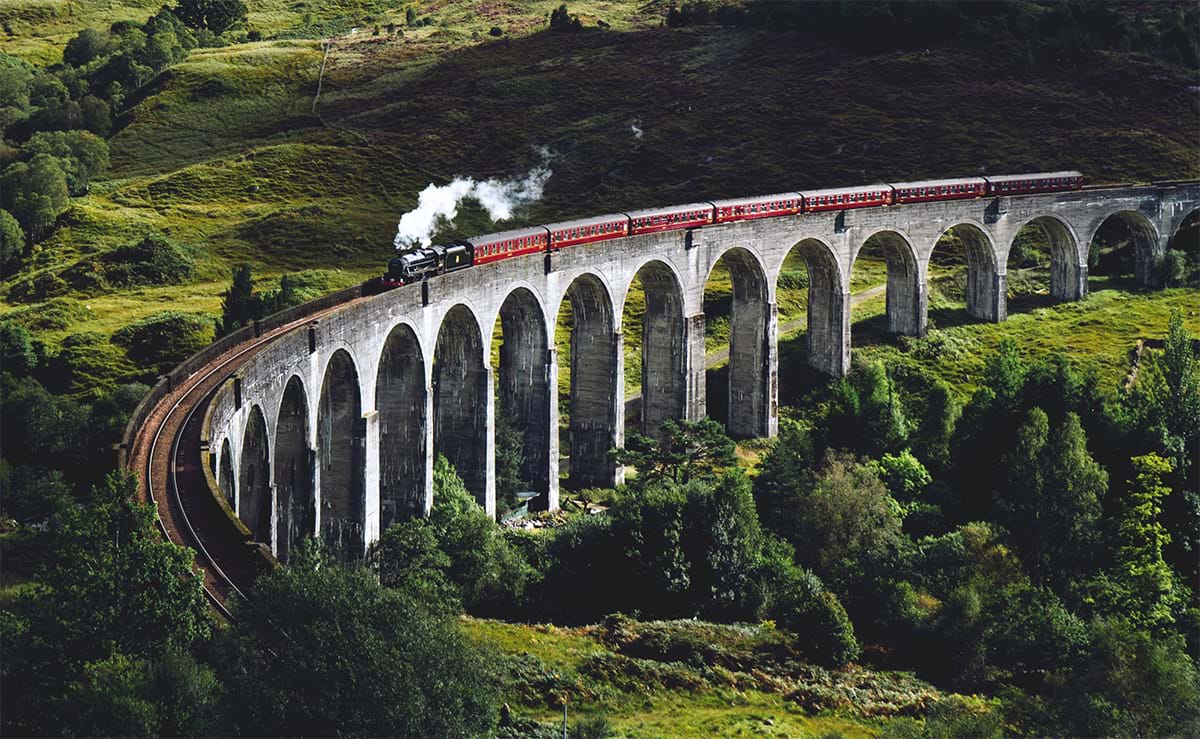 Photo by Jack Anstey on Unsplash

They may have a new monarch, but it’s the same old safe-as-milk U.K.

Northern Ireland during the “marching season.” “The troubles” can still be troublesome, especially when rival religious groups conduct their annual marches. Things get particularly tense around the Protestant celebrations on July 12. 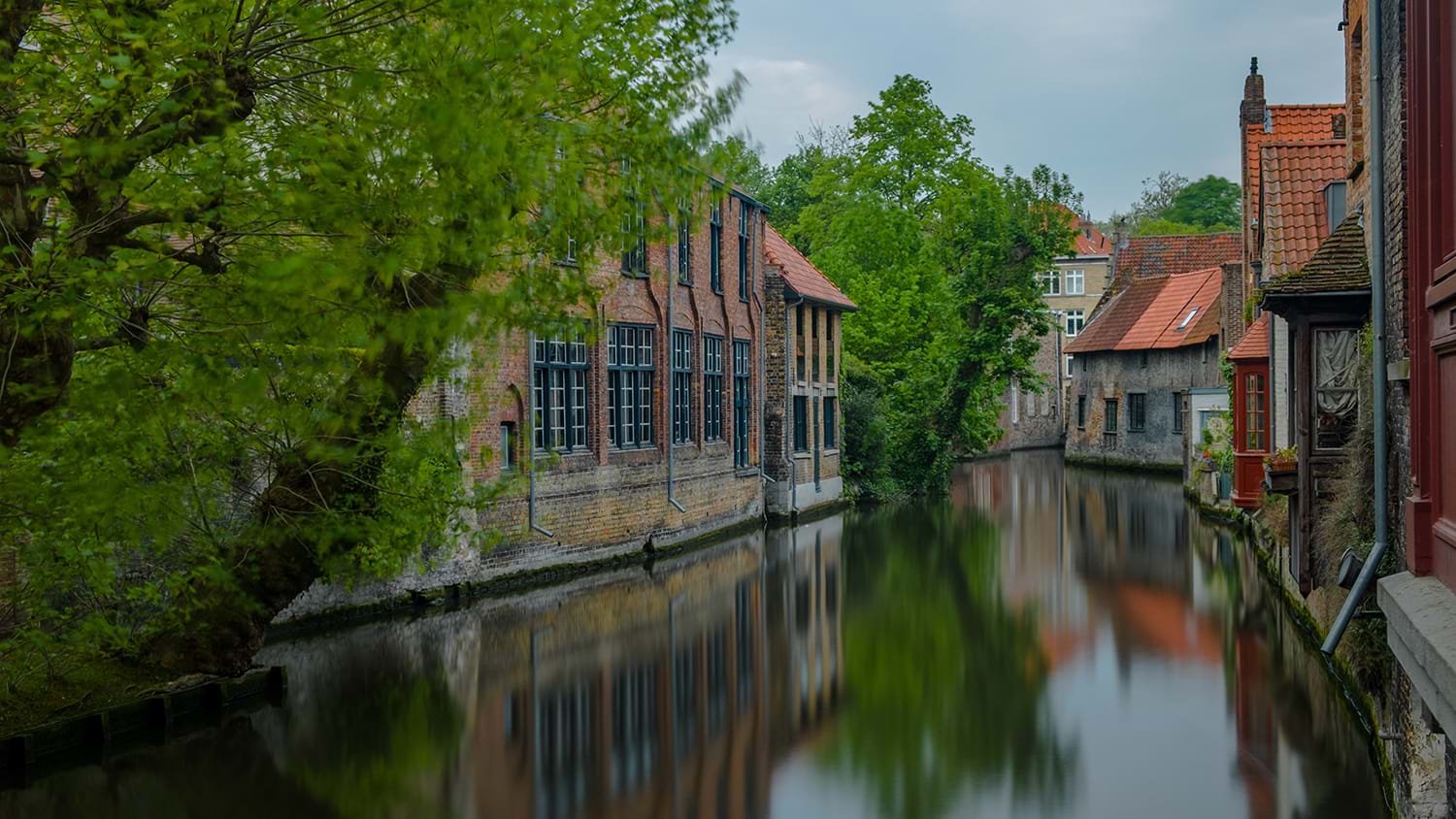 Photo by Elijah G on Unsplash

Belgium is a country where the chief tourist activity is biking from brewery to brewery. That’s how chill Belgium is.

Pickpockets. The State Department recommends you be particularly vigilant “in public areas such as restaurants, the Brussels metro at night, buses/trams, and all train stations.” 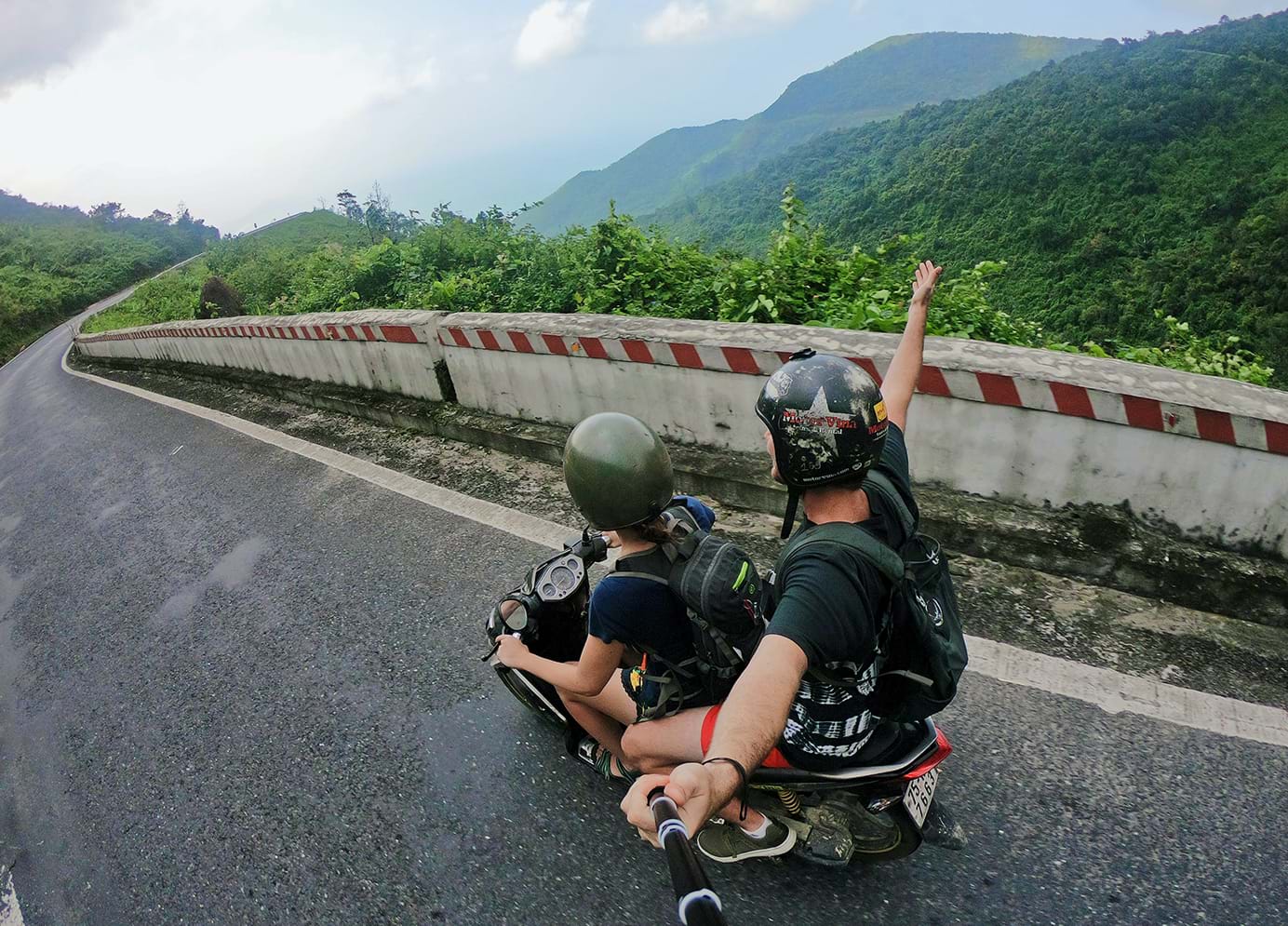 Photo by Jordan Opel on Unsplash

Because people who had actually visited specific countries do our safety ratings, we felt comfortable asking them about multiple aspects of travel safety, including safety from crime, terrorism, and disease, and safety for groups such as travelers of color and LGBTQ+ travelers.

We used an average of six sub-category scores as the basis for the Safest Places calculation employed above. Here are the top-10 lists for the sub-categories. 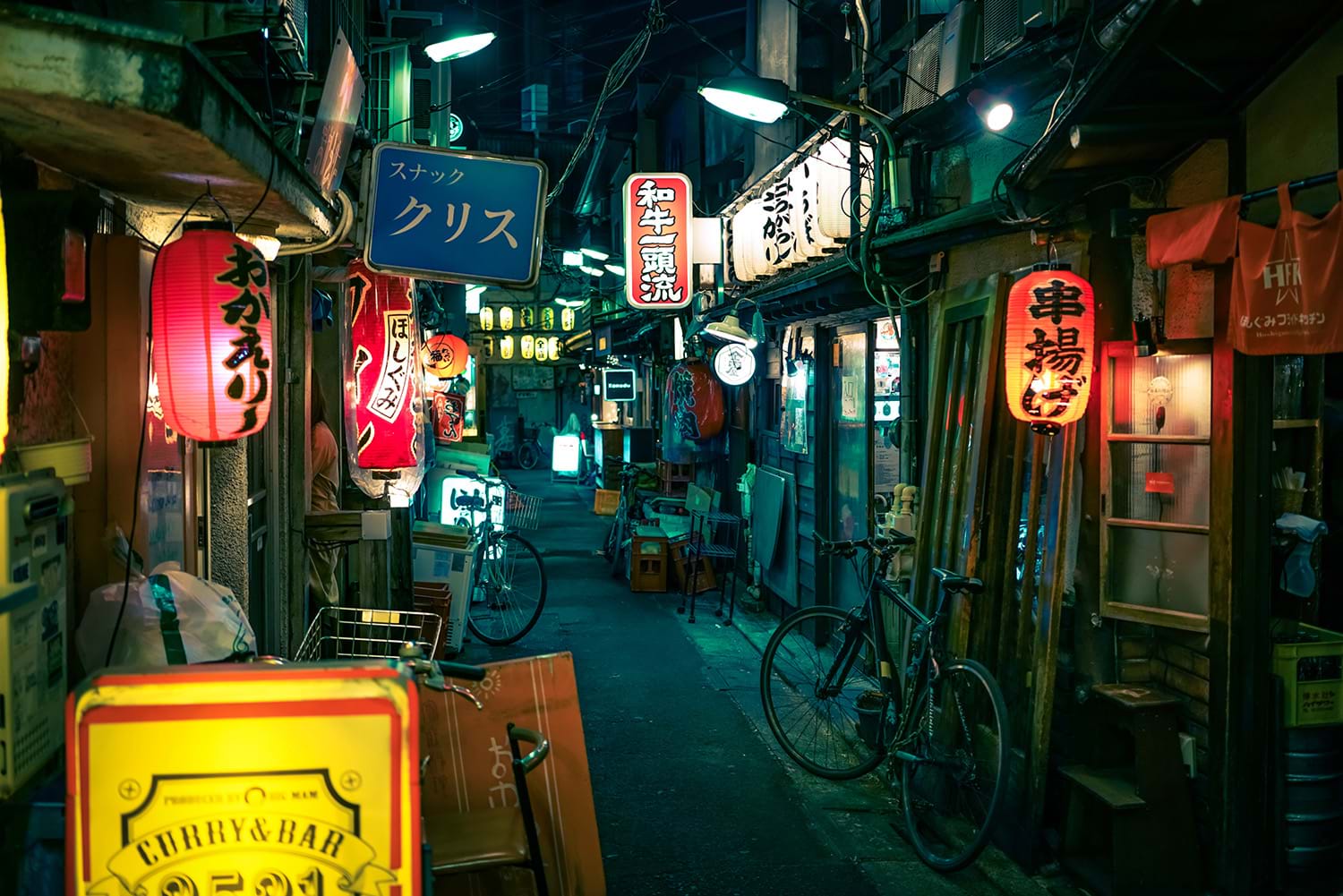 Photo by Alex Knight on Unsplash

Despite the presence of sheep-forward countries at the top and bottom, these are countries with either well-developed road and transportation systems (everywhere but Iceland) or a limited need to travel far (Iceland). 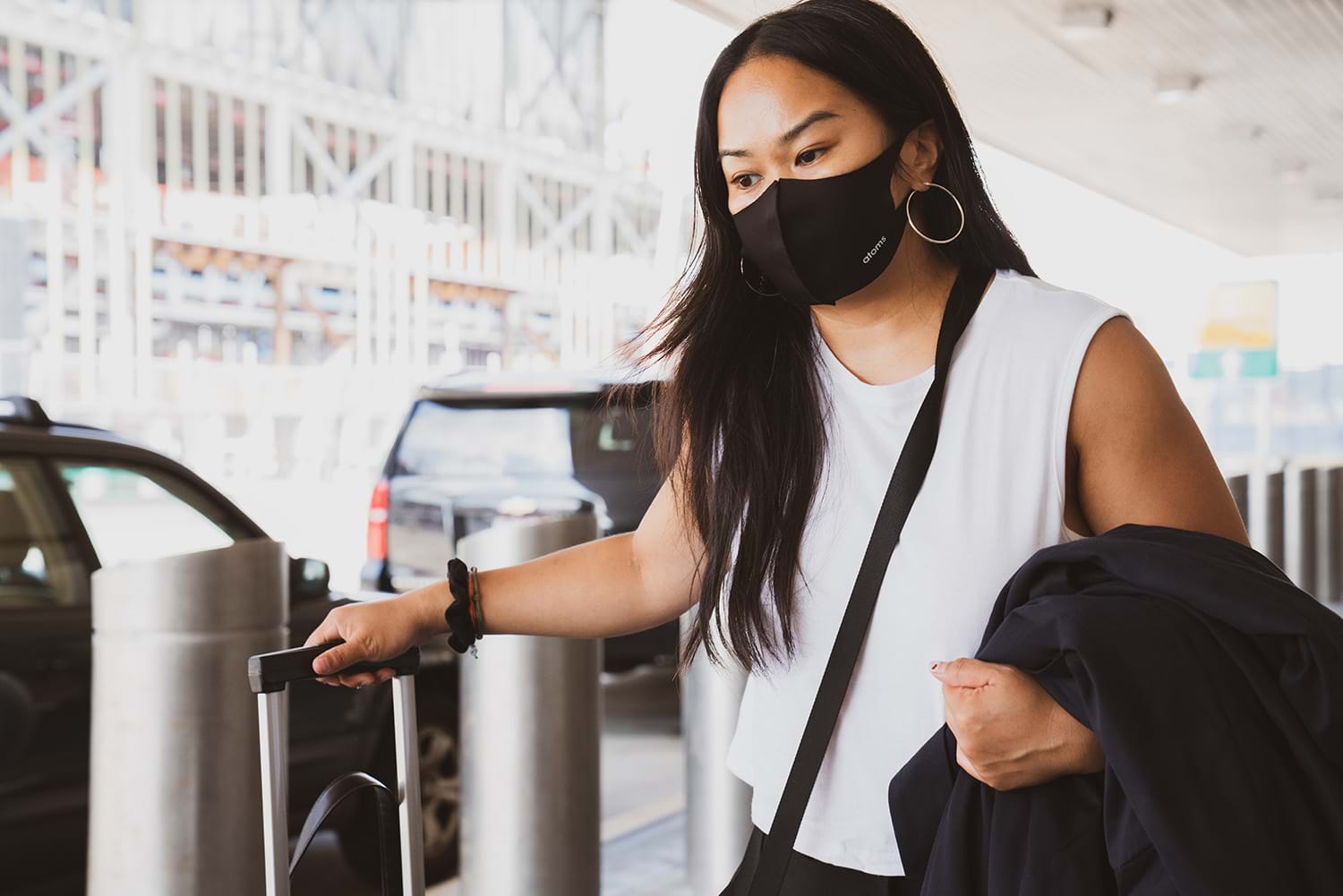 Photo by Atoms on Unsplash

France makes its first appearance in a top 10, but not its last.

Outside of the Aussies, Kiwis, and Canucks, a clean sweep for Europe. 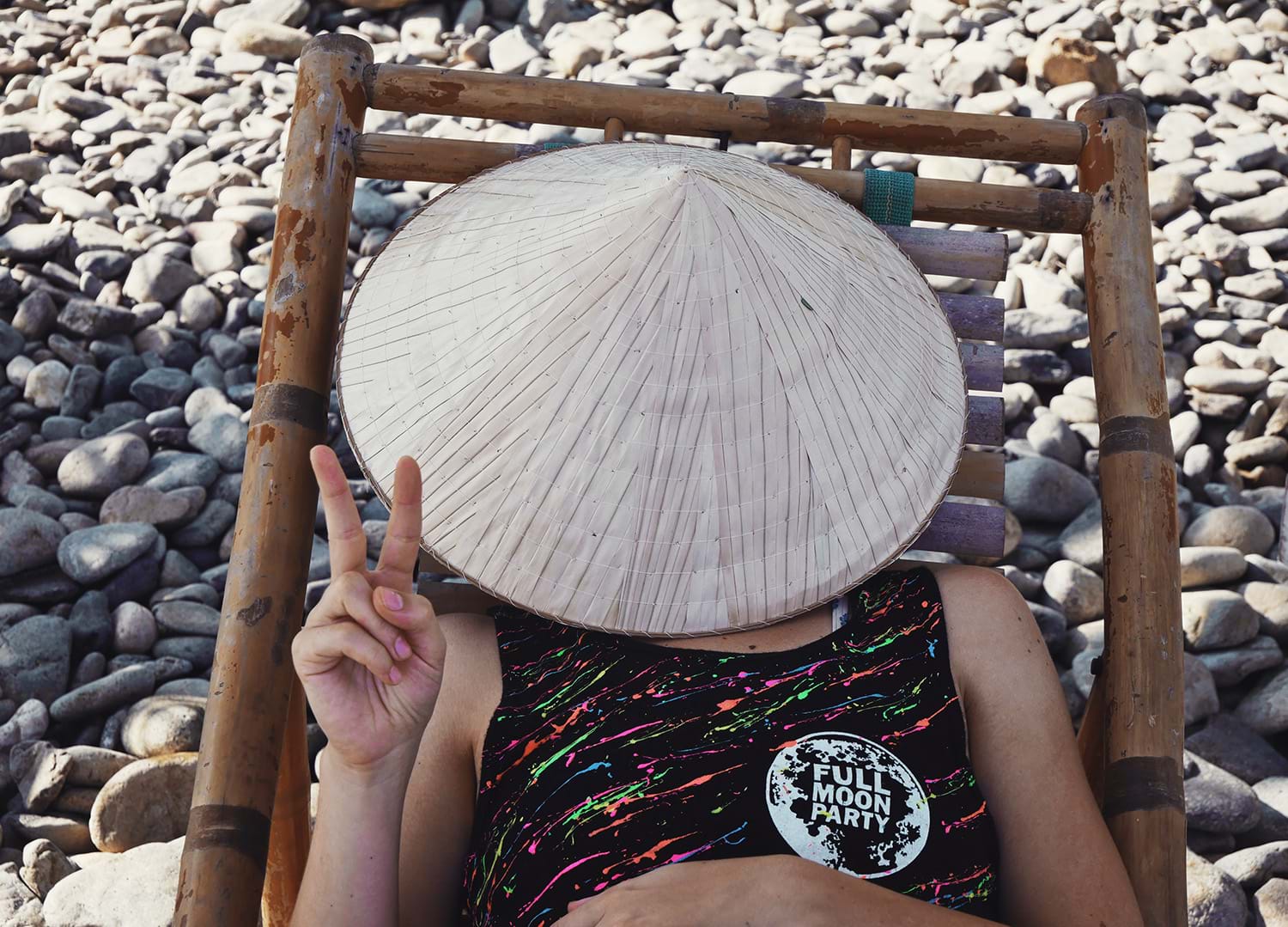 Photo by Jordan Opel on Unsplash

RANKINGS BY AGE, GENDER, AND INCOME

Like last year, survey respondents had wildly different perceptions of the world’s safest countries depending on their age, gender, and income. After we broke apart the responses, here are some of the categories with the biggest deviation from the overall scores:

Jamaica? Based on our article on safe travel in Jamaica, we’ll let you make that determination for yourself.

Respondents With A Household Income Of More Than $100,000

Normally higher income travelers travel overseas to exotic destinations – so why the love for our neighbor to the north? Maybe the grass really is greener in Moose Jaw. 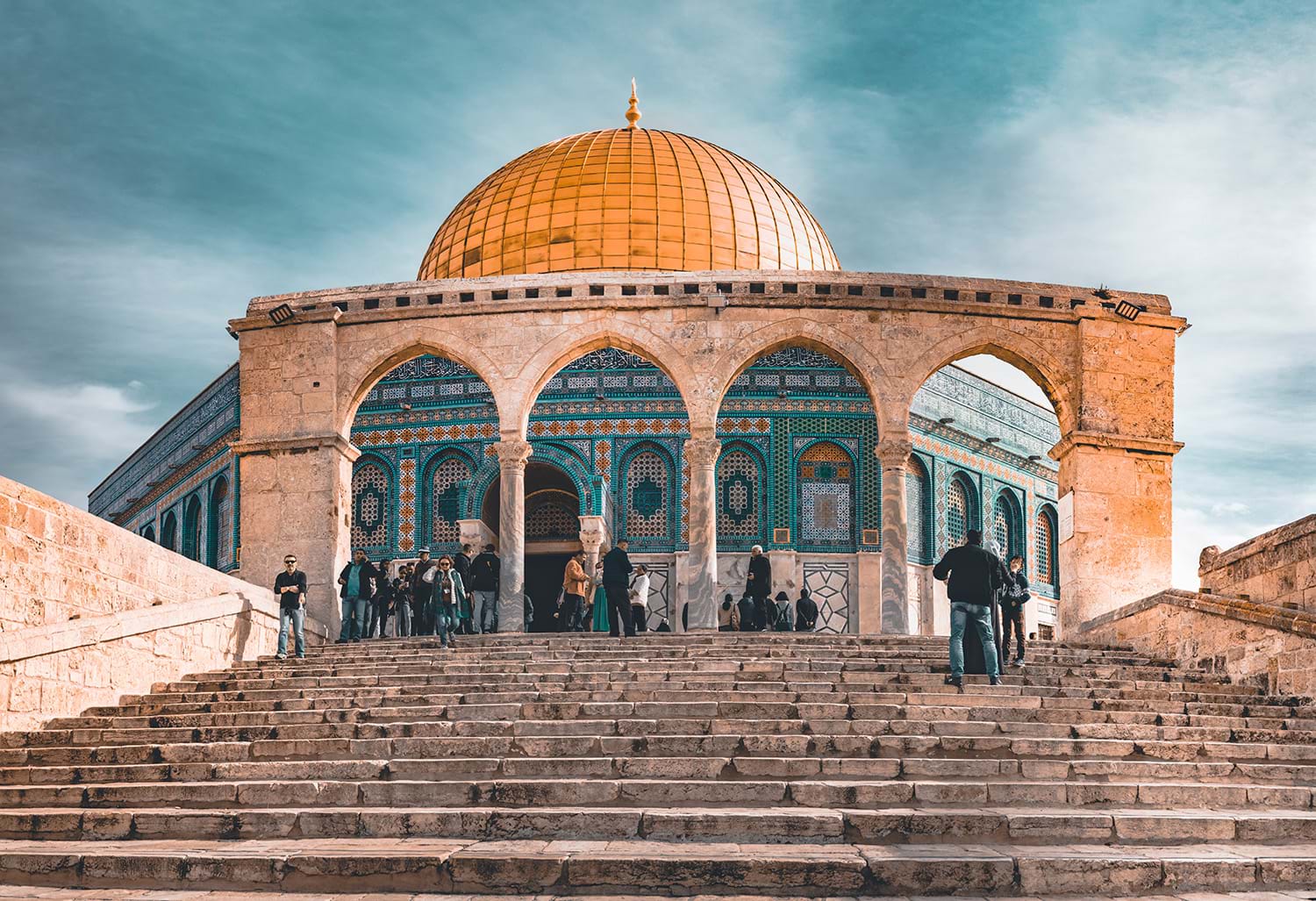 Photo by John T on Unsplash

Virtually all the destinations on our top-10 lists are northern-tier, European or English-speaking countries – except for Costa Rica and Jamaica, which are evidently safe destinations for big travel spenders.

Hungary? Hmmm. One possible explanation for its high ranking: older river cruisers who stop in Budapest.

China has not usually been thought of as a family travel destination, but based on this, maybe it’s time to rethink that perception.

Remember that the top-10 lists above only show survey results. They don’t include the additional data from GeoSure, the Global Peace Index, and the State Department that are factored into the overall top 10. And survey results can be variable.

Regardless of when you feel able to visit the World’s Safest Countries, be sure to choose travel insurance from Berkshire Hathaway Travel Protection to cover all your travels. Discover what makes our coverage special here.